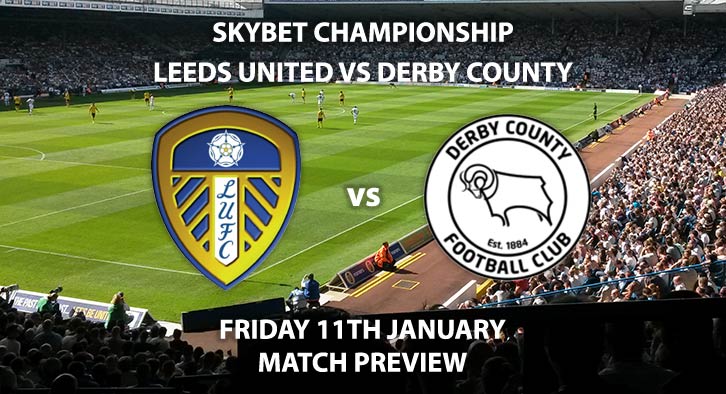 Leeds have stumbled in recent weeks, losing their last three matches in all competitions. They exited the FA Cup on Saturday at the hands of QPR, following defeats to Hull City and Nottingham forest beforehand. Prior to the result against Hull, Marcelo Bielsa’s side had won their last seven league matches, which had lifted them to the summit of the table. The main issue for Leeds this season, has been their growing injury list. All of their first-choice back four have missed parts of the season, as a result, which has taken its toll in some matches. Leeds will welcome back captain Liam Cooper for this game, who has missed the last seven matches with an ankle problem. He will slot back into the side, with Kalvin Phillips still missing through suspension after his red card against Forest.

With Cooper back, United will be hopeful of addressing a run of five games without a clean sheet. In that run, they’ve conceded 12 times, compared to the one goal they leaked in their five matches prior. When Leeds are at their best, they rarely concede, which is a habit they need to get back into. In attack, Kemar Roofe will once again lead the line. He has one of the best goal-to-minute ratios in the Championship this season, with 13 goals in 21 games.

Derby have had a mixed bags of results, over the festive period. The Rams have won three of their last nine in all competitions and sit sixth in the table, four points ahead of arch-rivals Nottingham Forest. Derby have developed a tag of being at their best against the best sides in the division. They have taken points from every side in the play-offs, bar Leeds. It’s their results against the other sides that can let them down, and that is what has stopped them pushing for the top two. Jack Marriott is their leading marksman, with ten goals in 25 appearances this season. All of those ten goals have comes in his last 16 games, which makes him one of the most in-form players in the league.

Paul Tierney is the referee for this fixture. The Englishman has officiated 13 Championship matches this season. In that time, he has accumulated an average booking points total of 38.1. Therefore, I would advise a maximum of 50+ total points for this fixture.

Neither of these sides come into this fixture in their best form. I fancy Leeds to nick this one and show their fighting title-contending spirit, after a poor run of results.

Leeds United vs Derby County will be televised live in the UK on Sky Sports Football with kick off at 19:45 GMT.

Odds and markets last updated on Friday 11th January @16:34 GMT. Keep checking back to see if there’s any updates to markets – the time stamp in the previous sentence for when we update tips on this page will be updated.