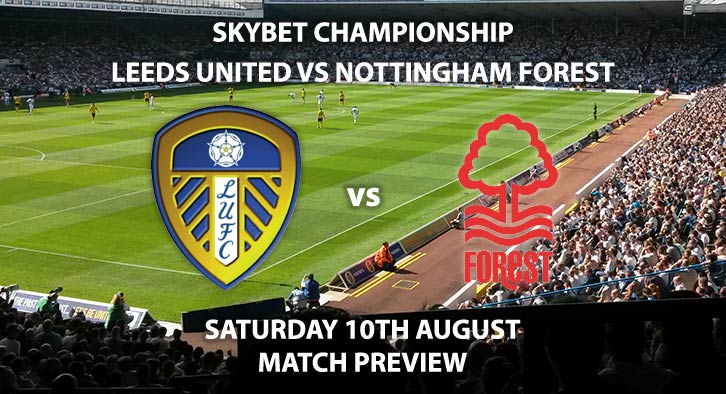 Leeds United will be hoping to make it two wins from two with another impressive performance when they take on Nottingham Forest.

Marcelo Bielsa’s side got off to the perfect start last week as they beat Bristol City 3-1 at Ashton Gate. The Whites wiped away any suggestion of a play-off hangover with a comprehensive win against a top-six rival. Pablo Hernandez was at his sparkling best with a goal and an assist, in a Man-of-the-Match performance.

Patrick Bamford stepped up to the plate by opening his account for the season. The former Chelsea prodigy split opinion during his debut campaign at Elland Road. On one hand, his strike rate is pretty decent, 11 goals in 26 appearances, combined with terrible injury luck. On the other, he can go missing in matches and needs to become more of a dependable target man for his team.

With Kemar Roofe gone, much will rest on the shoulders of Bamford and Tyler Roberts, when fit. Ben White’s Championship debut was as assured as I’ve ever seen, a composed head on young shoulders which have wiped away any concern surrounding Pontus Jansson’s departure.

Nottingham Forest suffered defeat in their opening match of the season, falling through a goal ahead to lose 2-1 to West Brom. The Tricky Trees started the game well but fell away after the opening 20 minutes.

Goalkeeper Aro Muric had a debut to forget at the City Ground but much is thought of the Manchester City prodigy and he will no doubt grow in stature throughout the season. The main issue for new manager Sabri Lamouchi is the volume of players at his disposal. Their squad boasts almost 30 seasoned players, which is way too many for any squad.

Still, there is an abundance of attacking talent to work with. Albert Adomah was an astute free signing and will complement Joe Lolley, Lewis Grabban and, when fit, Joao Carvalho in attack. Still, it may take some time for Lamouchi to work out what his best team is.

Rob Jones is the referee for this match. The Englishman racked up an average booking points total of 33.5, across 42 Championship matches last season. With that in mind, I would recommend a maximum of 60+ booking points for this fixture.

Leeds really impressed me last week. Their new signings slipped right in and they looked refreshed and rejuvenated. Forest, on the other hand, are a team that will take time to gel properly. They’ve got a new manager and a lot of players, it won’t be a quick fix. As a result, I’m going for a home win.

Leeds United vs Nottingham Forest will be televised live in the UK on Sky Sports Football HD with kick-off at 12:30 BST.