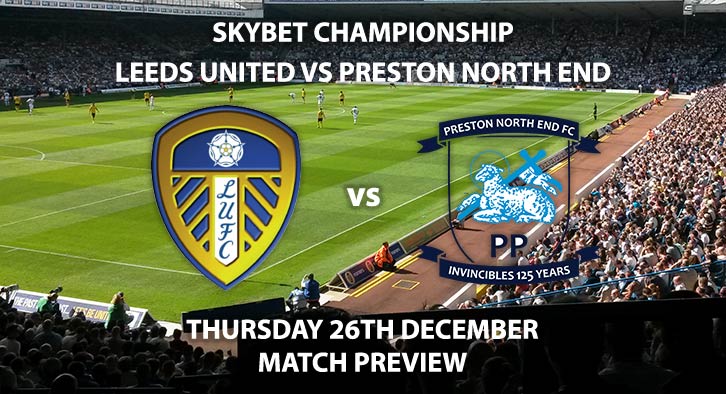 Both sides will be hoping for a late Christmas present of three points – with plenty at stake for these two high flying sides. Leeds United are looking to get a firmer grip on the top two spots in their hot pursuit of league leaders West Brom. Meanwhile, Preston are in the middle of a rather large play-off race, of which they are currently 5th.

Leeds United are priced at 2/5 to win the match by SkyBet and continue their impressive season heading into the transfer window. Marcelo Bielsa’s have their eyes firmly set on the automatic promotion places and will be looking to bolster their squad in January. However, they face a tough test in Preston following their shock defeat to Fulham.

They will want to prove a point and Patrick Bamford has been on good form recently, with three goals in his last two matches. He is price boosted to score a brace at 11/2.

Preston North End are priced at 13/2 to win the match and pull off a mighty victory in their bid for a play-off place. The visitors face a tough test and so much poorer when playing away from home. They have managed just two wins from eleven road matches this season – a shocking stat given their high league position.

Paul Gallagher netted in their 2-1 win over Luton recently and is priced at 7/1 to score anytime this Boxing Day.

The referee for this match will be Darren Bond. The official has not been shy when reaching into his pocket this season and has averaged 36.8 booking points from his 14 second division matches in charge. SkyBet are offering 4/5 for 40+ booking points.

The match will be televised on Sky Sports Football HD and kicks off at 17:15.

– The hosts have a little bit more quality and a point to prove after their previous defeat.