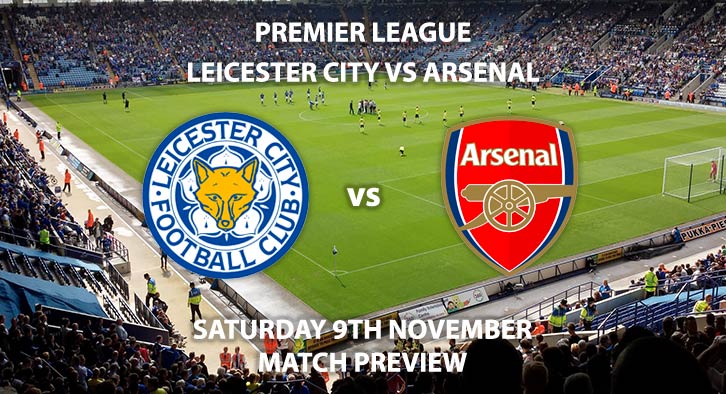 The hosts have been incredibly impressive this season, currently third in the Premier League, and keeping up with the big boys Manchester City and Liverpool. Meanwhile, Arsenal are struggling for consistency with problems on and off the field overriding their season.

Leicester are favourites for this match and are priced at 1/1 to win the match by SkyBet and enter the match on the back of four straight wins. The Foxes are a different animal under manager Brendan Rodgers. Organised, creative, composed and lethal in front of goal. They have torn some teams apart this season – with Southampton the most memorable – and will fancy their chances against this Arsenal side.

Jamie Vardy has re-found his form of previous season and is currently the league’s top goal scorer. Vardy has ten goals so far and is priced at 14/5 to score first.

Arsenal are priced at 12/5 to win the match and take some of the pressure off of manager Unai Emery. The gunners have won just one of their last five matches in all competitions. Their ability to see out a result has cost them dearly this campaign and has shown a lack of character in a squad that seem to be unhappy. However, the current situations at the club have not stopped marquee striker Pierre-Emerick Aubameyang who has eight goals so far. He possesses the same kind of threat as Vardy and is priced at 7/5 to score anytime.

The referee for this match will be Graham Scott When these two met at the back end of last season, 75 booking points were handed out in an abrasive affair. We could see a similar level of intensity with both having high aspirations this season and see over 50+ booking points.

Leicester City vs Arsenal will be televised on Sky Sports Premier League HD and kicks off at 17:30.

– The Foxes have looked the most dangerous they have in years and Arsenal are not in the best shape. Home advantage will be key.