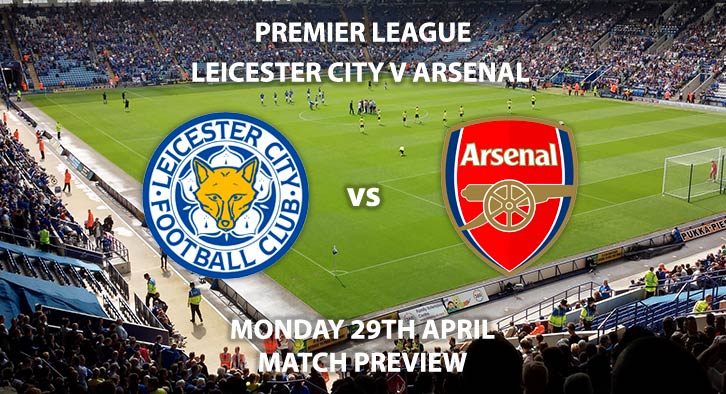 Leicester vs Arsenal: Arsenal will be hoping to bounce back from back-to-back defeats to reignite their push for a top-four finish when they take on Leicester City on Sunday.

The Gunners followed up their surprise 3-2 defeat to Crystal Palace on Sunday with a 3-1 midweek reverse at Wolves. Unai Emery’s side seem to have rediscovered their travel sickness after finding themselves second best to Nuno Espirito Santo’s side. Consecutive wins over Watford and Napoli had looked like ending their wretched away form but reality hit once again at Molineux. Those defeats have opened up the race for fourth spot once again, with Arsenal sat in fifth, a point behind Chelsea, with three games to go. The worrying thing for the Gunners is they’re back conceding goals after shipping six in their last two. With tricky away trips to Leicester, Valencia and Burnley still to come, their season’s success could be defined by their fixtures on the road.

Leicester’s hopes of finishing seventh remain in the balance after taking one point from their last two games. Brendan Rodgers’ side earned a respectable 2-2 draw with West Ham last time out after Newcastle had previously ended their four-game winning run. Jamie Vardy is enjoying Rodgers’ arrival and is in hot form. The Englishman has scored nine goals in his last ten matches including four in his last four. At the King Power, Leicester have won three of their last four games. The Foxes have only one win of their last 15 meetings with Arsenal but given the Gunners poor away form will give them confidence they can cause an upset.

Michael Oliver is the referee for this fixture. The Englishman has officiated 41 top-flight matches this season. In that time, he has accumulated an average booking points total of 33.7. Therefore, I would advise a maximum of 50+ total points for this fixture.

Arsenal’s poor run of the road leaves them vulnerable, especially against a side like Leicester who have so much pace on the counter-attack. I’m struggling to envisage Emery’s side winning this match and I think the Foxes will cause them enough problem to take a point.

Leicester City vs Arsenal will be televised live in the UK on Sky Sports Premier League HD with kick off at 12:00 BST.