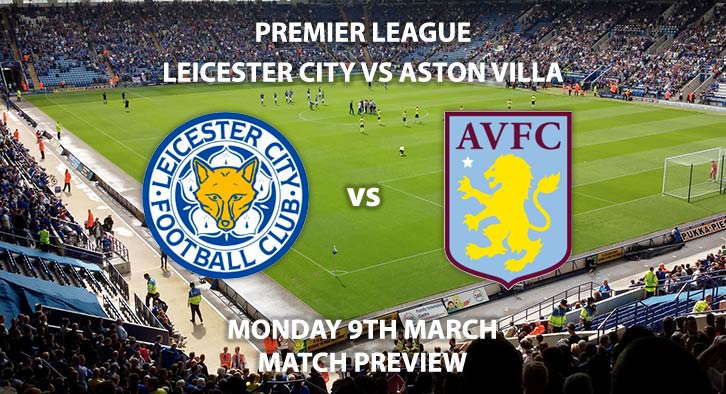 The Foxes are in pole position for a Champions League spot by the end of the season, but their recent form must improve quickly. They are winless in their last four league outings. Meanwhile, things are going from bad to worse for Villa who find themselves 19th having suffered three defeats on the trot.

Going forward, Jamie Vardy has been Leicester’s main goal threat with 17 in the league this term. He is priced at 5/2 to open the scoring.

Aston Villa are priced at a huge 5/1 to claim a vital away victory as they bid for Premier League survival. Dean Smith’s side are showing some resilience in their performances but need to turn them into results. Their away form has been shocking without a win on the road in five across all competitions.

New signing Mbwana Aly Samatta has given the Villa faithful some hope with some great performances at the spearhead of the attack. He is priced at 13/5 to score anytime.

The referee for this match will be Michael Oliver. The official has been one of the more lenient in the topflight with an average of 30.5 booking points from his 22 Premier League matches.

Leicester City vs Aston Villa will be televised on Sky Sports Premier League HD and kicks off at 20:00.

– The hosts are not firing on all cylinders whilst the visitors are fighting for their lives. Will be close.