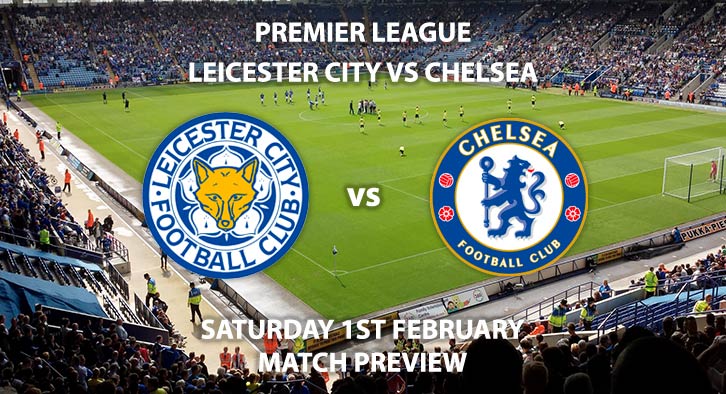 The Foxes will be keen to return to winning ways following their surprising defeat to Burnley in their last Premier League fixture. Brendan Rodgers’ side were also dumped out of the Carabao Cup in midweek at the hands of Aston Villa. Villa ran out 2-1 winners thanks to Mahamoud Trezeguet’s last stoppage time winner and sealed their place in the final at Wembley.

Frank Lampard’s Chelsea currently sit fourth in the league, and are in pole position to maintain their place in the top four until the end of the season. The Blues are six points clear of the chasing pack, but know their work is not yet done in the bd to secure European football.

Chelsea have won once in their last four Premier League encounters and will be made to work if they are to get the three points this weekend. Frank Lampard’s side are priced at 13/8 on SkyBet to come away with a win on Saturday.

Leicester have lost two of their last three Premier League home matches, but were victorious in their most recent encounter at the King Power, where they defeated West Ham 4-1. A home win is priced at 6/4 on SkyBet.

The referee for this meeting is Lee Mason. The 48-year old has averaged just under four yellow cards per match in the Premier League this season, awarding forty-two yellows, and one red card in only eleven matches. This considered, I would recommend a minimum of 30+ booking points for this fixture.

Leicester City vs Chelsea will be televised live in the UK on BT Sport 2 with kick off at 12:30 GMT.