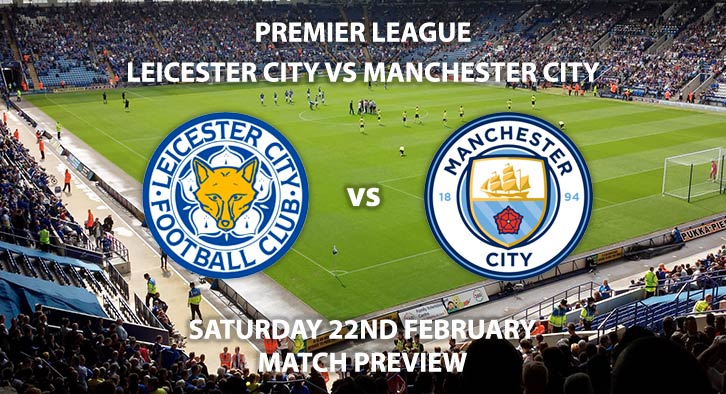 The Foxes are hoping to shorten the four-point gap between themselves and their opponents in second place. Brendan Rodgers side have been impressing throughout the campaign and hope to cement a Champions League spot in the coming weeks. Meanwhile, Man City are dealing with off the field issues with UEFA but will want to widen the gap on the hunting Foxes. They were victorious in the reverse fixture earlier this season.

Leicester City are priced at 16/5 to win the match by SkyBet against some stiff competition at the King Power Stadium. The Foxes have been one of the surprise packages this season with such a high points return. However, they have failed to win their last two matches against Wolves and Chelsea.

In attack, Jamie Vardy leads the race for the golden boot with seventeen goals. He is priced at 13/8 to score anytime.

Manchester City are favourites for this match and are priced at 3/4 to claim a crucial victory away from home. The Citizens will want to prove a point in their travels to the midlands after their last away match against Spurs that resulted in a loss. Pep Guardiola’s side are still the free flowing, attacking minded outfit that can punish teams for fun.

Going forward, Sergio Aguero is showing age is just a number with 16 league goals to his name. he is priced at 13/5 to score first.

The referee for this match will be Paul Tierney. The official has been understanding at times this season with an average of 35.3 booking points from his 18 topflight matches. SkyBet are offering 11/10 for 40+ booking points.

The match will be televised on Sky Sports Premier League HD and kicks off at 17:30.

– It would take a brave punter to call this match.