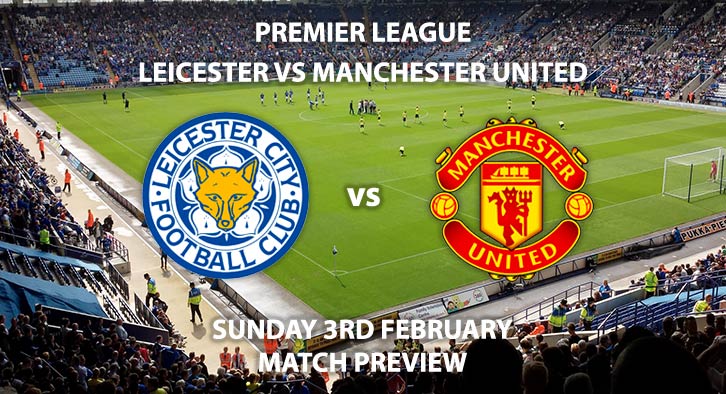 Leicester City vs Manchester United: The red devils will be hoping to extend their run of eight matches unbeaten on Sunday when they take on Leicester at the King Power Stadium.

The Red Devils rolled back the years in midweek with a dramatic two-goal comeback against Burnley. Paul Pogba and Victor Lindelof came up with the goals to ensure Manchester United a 2-2 draw and extend Ole Gunnar Solskjaer’s unbeaten run as manager. Whilst there were no additions to the squad in January, Marouane Fellaini has moved to China. Anthony Martial also signed a new five-year contract at the club, which is a massive boost to those around Old Trafford. In the league, United have won their last four league games, which has helped move them to within two points of the top four.

Leicester earned a respectable 1-1 draw in midweek with Liverpool at Anfield. The Foxes have been on a torrid lately, so this result will come as a welcome sight to Claude Puel. After this game, Leicester travel to Tottenham to complete a tough run of fixtures. However, after a strong showing at Anfield, they will feel confident of getting something from the game. Results like these could help in turning around the Foxes faithful, who still seem far from convinced by the Frenchman. At the King Power, Leicester have won one of their last four home games.

Mike Dean is the referee for this fixture. The Englishman has officiated 13 top-flight matches this season. In that time, he has accumulated an average booking points total of 50.4. Therefore, I would advise a maximum of 60+ total points for this fixture.

United are in fantastic form and although they dropped points in midweek, the result will have felt like a win due to their comeback. I think they’ll carry that momentum into this game and come away with three points in a tricky-looking away tie.

Leicester City vs Manchester United will be televised live in the UK on Sky Sports Premier League HD and kicks off at 16:30.

Odds and markets last updated on Sunday 3rd February @11:40 GMT. Keep checking back to see if there’s any updates to markets – the time stamp in the previous sentence for when we update tips on this page will be updated.