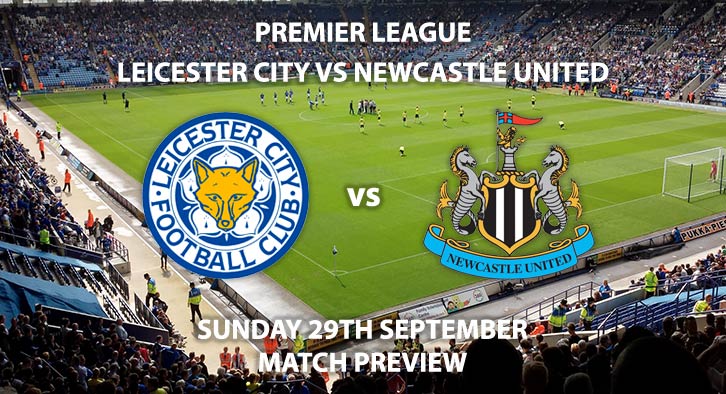 Leicester City return to Premier League action this weekend as they host Newcastle United at the King Power stadium on Sunday afternoon.

The Foxes are head into this weekends fixture following back to back wins. They followed up their impressive 2-1 victory against Tottenham Hotspur last weekend with a midweek win against Luton Town. Brendan Rodgers will be additionally pleased with the midweek win, as a number of first team regulars were absent, meaning they will return to action this weekend rested and reenergised for their latest test.

Newcastle United currently sit 17th in the Premier League and are without a win in their last four fixtures. Leicester City have already got one up on this weekend’s opponents. The Foxes defeated United on penalties in the second round of the Carabao Cup, following a 1-1 draw at St James Park. James Maddison opened the scoring for Leicester than night, and SkyBet are offering odds of 6/1 for Maddison to do so again this weekend.

There was an air of optimism amongst Leicester City supporters following the arrival of Ayoze Perez from this weekend’s opponents, Newcastle United. The Spaniard signed a 4-year deal worth £30 Million pounds to join Brendan Rogers’ side, and City fans are hoping he can replicate his positive performances which we were so used to seeing at Newcastle United. If Perez is to earn more minutes, he may have to adapt and show his versatility in a wider attacking role, which in turn would certainly bolster City’s attacking capabilities. Patience may well be the key however, from fans, players and most importantly Perez himself.

The referee for this weekends fixture is Craig Pawson. The 40-year old has appeared five times this season and has awarded a total of 29 yellow cards, which is an average of just below six yellow cards per match. Because of this, I would recommend a minimum of 30+ booking points.

Considering the contrasting recent form of these two sides, I can see nothing other than a home win. If Leicester are to breakthrough into the top 6 this season, then these are the matches which they will be expected to win, not just against the top teams. The biggest disappointment for those involved with Leicester City would be for them to drop points this weekend, following their huge win against Tottenham Hotspur.

This match will be shown live on Sky Sports Main Event, with kick off scheduled to take place at 16:30 BST.