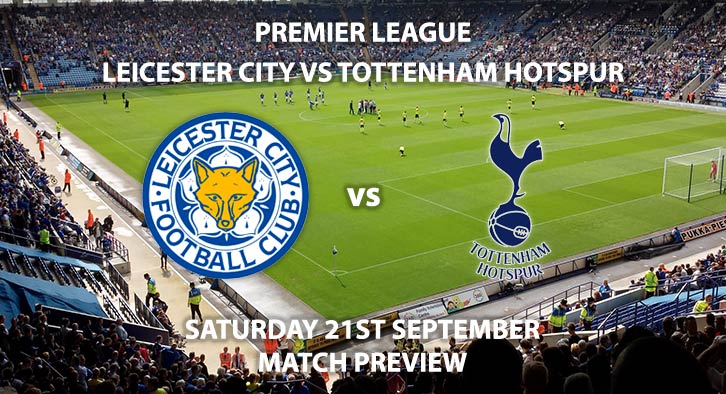 Leicester City return to the King Power stadium this weekend as they host Tottenham Hotspur in the Premier League on Saturday lunchtime.

The Foxes come into this weekends fixture following the disappointing defeat last weekend away to Manchester United, a match where they could quite easily have come away with a point. Their opponents Tottenham Hotspur ended their three-game winless run as they fired four past Crystal Palace last time round.

Both Harry Kane and Jamie Vardy have netted three times already this season and have begun the season as they mean to go on in the goalscoring charts. The pair to each score this weekend is priced at 9/2 on SkyBet.

Spurs’ have won the last three meetings between these two sides, and their very own Son Heung-Min has scored in each of the last two. The south Korean netted a brace in Tottenham’s 4-0 thumping of Crystal Palace last weekend and is priced at 2/1 to open the scoring on Saturday lunchtime.

Many are predicting this to be Leicester City’s breakthrough year into the top six, and with that secure European football for the 2020/21 season. Brendan Rodgers has assembled a youthful side who play with a freedom and fearlessness which is sure to propel them to the next level. Players such as James Maddison, Youri Tielemens, Ben Chilwell, Wilfred N’Didi and Hamza Choudhury are yet to see their 23rd Birthday and are already an integral part of this Leicester City side. Brendan Rodgers is a manager prepared to use his younger players, and its refreshing to see.

The referee for this match is Paul Tierney. The 38-year old has taken charge of three matches in the Premier League this season, issuing 13 yellow cards in the process. With this considered, I would recommend a minimum of 30+ match booking points.

This encounter is a real tough one to call, and it could quite easily go either way. Both sides have enjoyed positive starts to the campaign and will be hoping to carry this on with a win this Saturday. I can certainly see both sides scoring, but after the disappointment of defeat last weekend I fancy Leicester to claim all three points. With Tottenham, its hard to judge how they will perform one week to the next. Their impressive display in the 1-1 draw away to Manchester City was followed by a 1-0 home defeat to Newcastle, so their form is hard to predict.

This match will be shown live on BT Sport 1 with kick off scheduled to take place at 12:30 BST.