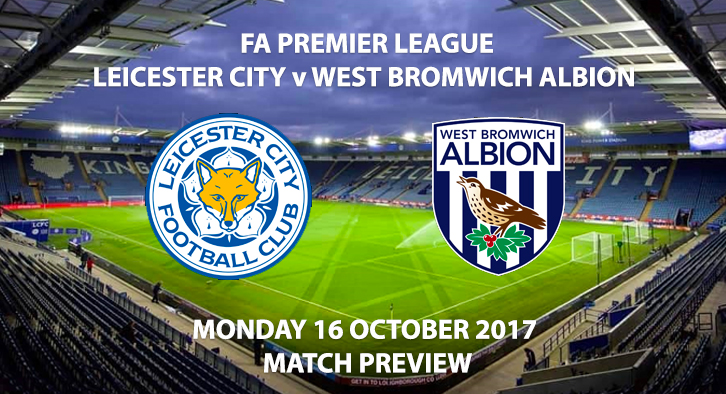 Leicester City vs West Brom – Match Preview – 2016 Premier League Champions Leicester City are desperate for a win to get themselves out of the relegation zone against fellow Midlands side and also out-of-form, West Bromwich Albion.

Both sides are winless from the 19th August, nearly two months ago, and after eventual solid mid-table finishes last campaign, will be concerned about the current state of results.

A far cry from the title winning team, as current manager Craig Shakespeare steadied the sinking ship left by Claudio Ranieri (amidst conspicuous circumstances) and remarkably led the club to the Champions League quarter-finals last season.

This year Leicester have just one win and five points to their name and currently sit in 18th position in the table, just ahead of Bournemouth and Palace. A win would take The Foxes level on points with a host of clubs and push them right up into 13th on goal difference – so panic is not required at this stage. Generally speaking though, the departure of Danny Drinkwater and the mix-up regarding the signing of Adrien Silva has left Shakespeare’s side lightweight in central midfield.

Tony Pulis will be aggrieved but not overly surprised at his erratic team’s results, quite often a hot and cold team, after winning both of the season’s opening matches 2-0, only three more points have been picked up in the five games since. 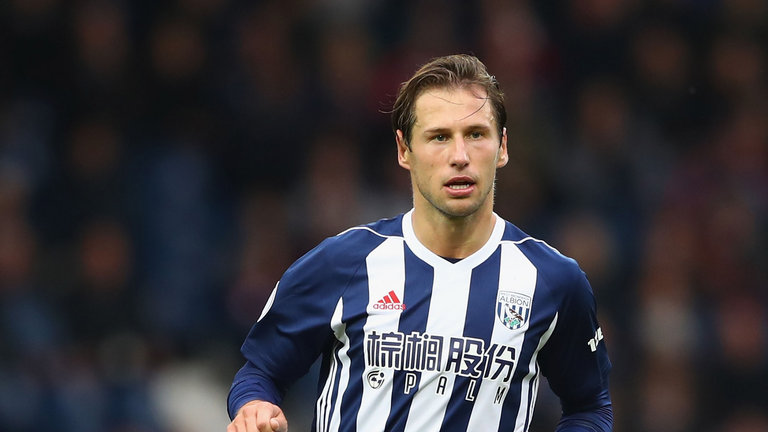 Krychowiak has quality but is yet to perform to his best for the Baggies Photo Credit: skysports.com

The signing of Gregor Krychowiak – and the massive estimated wages of 110k that comes with – signal West Brom’s intent to be more than just ‘safe’ every season, so recent results will be concerning. However, once again worth reiterating is the campaign’s early stage and a win over Leicester would elevate The Baggies into the top half.

For teams like Leicester and West Brom picking up points in games against sides of similar standing could be crucial. Both sides want to kick on and progress, but ultimately staying afloat in the Premier League and experiencing the riches and exposure that comes with it is the be all and end all – and either team elongating their poor form could prove costly in such a competitive division.

Team News
Shakespeare doesn’t have too many injury concerns, with just Matty James and Robert Huth unlikely to feature.

Pulis may be more worried, as both James Morrison and Nacer Chadli are major doubts for the trip, while Hal Robson-Kanu may be lacking match fitness following his international exertions with Wales.

Player to Watch
As mentioned above, Polish international Gregor Krychowiak came to The Hawthorns with big wages but arrives with a reputation to match. Despite his struggles at Paris Saint-Germain, the defensive midfielder has proven himself as an exceptional player both in Spain and Europe with Sevilla on countless occasions and on the international stage with Poland too. Excellent in the transition, 47-times capped Krychowiak reads the game superbly and has great passing ability to both prevent opposition moves and instigate his own for the team. Alongside all the necessary physical attributes to thrive in the Premier League, if the ex-PSG man can find his feet then West Brom have truly landed a major coup.