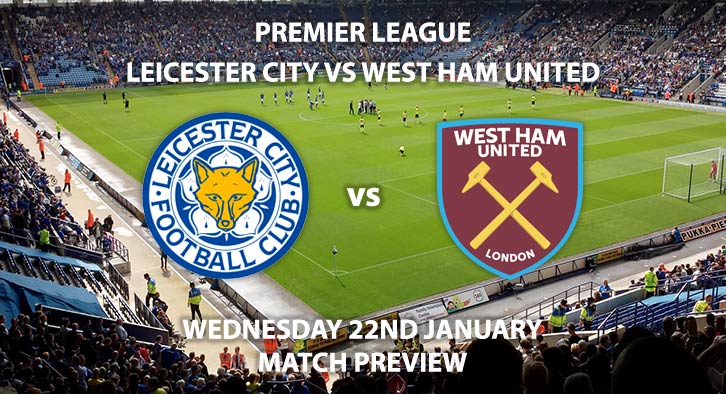 The Foxes are in a slump after what has been a great season for Brendan Rodgers but are still in the top four, which is a huge positive. Meanwhile, the Hammers are trying to break away from the relegation battle and managed a 1-1 draw with Everton on the weekend.

Leicester City are priced at 4/7 to win the match and continue their hot pursuit of a top four finish. Their title hopes – however faint they were – seemed to have gone now after back-to-back defeats at the hands of Southampton and Burnley. Their home form has been very poor to their standards without a win in their last three at the King Power. They will be determined to make that right.

Striker Jamie Vardy cut a frustrated figure against Burnley but will want to add to his impressive goal count of 17 league goals this season. He is priced at 23/10 to score first.

West Ham United are priced at 9/2 to win the match as David Moyes continues to try and turn the club’s fortunes around. The Hammers are struggling this term given their summer investment and fans are becoming restless with the poor results. They have been a picture of inconsistency and have won just one of their last four away matches.

Summer acquisition Sebastian Haller has failed to set the world alight but has been a dangerous presence at the front of the Hammers attack. He has six goals this season and is priced at 11/4 to score anytime.

The referee for this match will be David Coote. The official has been rather strict this season in the topflight and has an average of 39.4 booking points from his nine Premier League matches.

– The hosts are a stronger team all around. Simple as that.