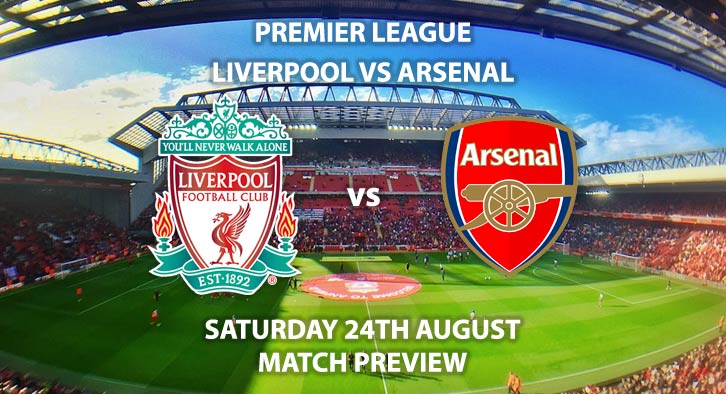 Liverpool and Arsenal will be looking to continue their 100% start to the 2019/20 Premier League campaign when go head to head at Anfield on Saturday.

The Reds have started the season in strong form, collecting six points from their opening six available. At the weekend they beat Southampton 2-1, thanks to goals from Sadio Mane and Roberto Firmino. Despite spending most of his closed season at the African Cup of Nations, Mane has come back in razor-sharp form. The Senegalese winger has become one of the most clinical players in the Premier League over the last 18 months. Alongside Mohamad Salah and Firmino who are also both of the mark, they remain one of the most, if not the, most deadly trios in world football.

At the back, Liverpool have been a little suspect in the opening weeks of the season. The Reds have been caught trying to play offside, which was illustrated on Sky Sports Monday Night Football. The Reds’ high line is no different to last season but they need to be sharper at tracking runs and filling spaces. They have got away with it, to a degree, against the less clinical sides, but against Arsenal, they will be punished.

Arsenal come into this match having won their opening two fixtures for the first time in ten years. That in itself underlines the strong start Unai Emery’s men have made. Whilst they will need to guard against Liverpool’s front three, they also boast one of the most potent trios in the league. Pierre-Emerick Aubameyang and Alexandre Lacazette have three goals between them already, whilst new signing Nicolas Pepe could make his full debut at Anfield. Given the defensive issues Liverpool have had in the opening weeks of the season, they could really exploit those frailties with their pace and energy.

Dani Ceballos made his full debut against Burnley and was sublime. The Spaniard, on a season-long loan from Real Madrid, look to be the ball-playing midfielder they’ve missed since Santi Cazorla left. You could maybe even go as far back as Cesc Fabregas. The midfielder oozes class but is also not afraid to throw his weight around in midfield. He’ll be really tested against Liverpool’s midfield three, which should be an interesting battle.

This could be a really good match on Saturday. Whilst Liverpool are obvious favourites, Arsenal have the players capable of really hurting the Reds on the break. It’s a bold shout but I think they might actually get something at Anfield.

Liverpool vs Arsenal will be televised live in the UK on Sky Sports Premier League with kick off at 17:30 BST.