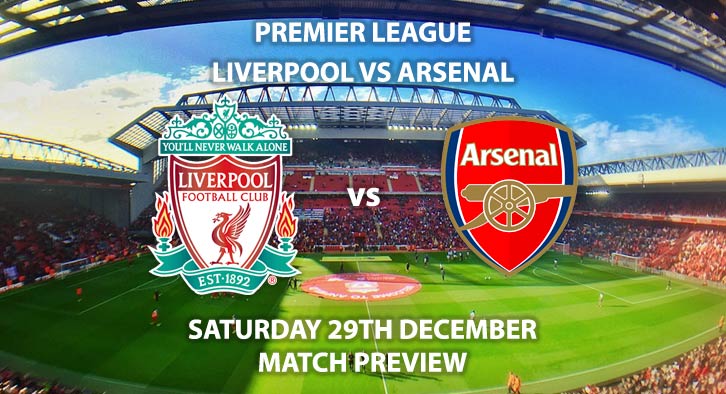 Liverpool vs Arsenal: League-leader Liverpool take on Unai Emery’s Arsenal, looking to extend their lead at the top of the Premier League table to nine points.

Boxing day saw the Reds extend their advantage over Manchester City to six points after Pep Guardiola’s side lost 2-1 to Leicester City. Jurgen Klopp’s men recorded a 4-0 win over Newcastle, to cement their place as the bookies’ favourite to win the title for the first time this season. On Saturday, they take on Arsenal, having drawn 1-1 with the Gunners in early November. Since then, they have lost just twice – both in the Champions League – but have won every league games.

Xherdan Shaqiri continued his fine form at Anfield against Newcastle with another goal, the Swiss international has scored five in his last five appearances on Merseyside. This game marks an important week for the Reds, as they take on Manchester City at the weekend. Liverpool could find themselves 12 points clear of the Citizens at the end of the week, or back level on points. They couldn’t be in better form, having won their last seven games at home in all competitions.

Arsenal limped to a 1-1 draw with Brighton on boxing day. The game was marred by Emery’s questionable substitution, which saw Mesut Ozil hauled off at half-time. This was the latest turn in Emery and Ozil’s topsy-turvy relationship – my guess at whether he’ll start at Anfield is as good as yours. After their 22-match unbeaten run ended, Arsenal have won just once in four games. They’re fifth in the table, two points off the top four and six points ahead of Manchester United. If they want to regain a place amongst Europe’s elite in the Champions League, they need to rediscover their form that made them so hard to beat.

Michael Oliver is the referee for this game. The Englishman has taken charge of 14 matches this season. In that time, he has accumulated an average booking points total of 31.4. As a result, I would recommend a maximum of 50+ points for this game.

Liverpool are in sparkling form and now have a very realistic chance of claiming their first ever Premier League title. Arsenal aren’t in their best form and go to Anfield with a number of injuries. Therefore, I’m going to side with the Reds.

Liverpool vs Arsenal will be televised live in the UK on BT Sport 1 with kick off at 17:30 GMT.

Odds and markets last updated on Saturday 29th December @11:34 GMT. Keep checking back to see if there’s any updates to markets – the time stamp in the previous sentence for when we update tips on this page will be updated.

Remember to keep visiting the tips and preview area for further updates and betting previews around the domestic action over the New Year period.