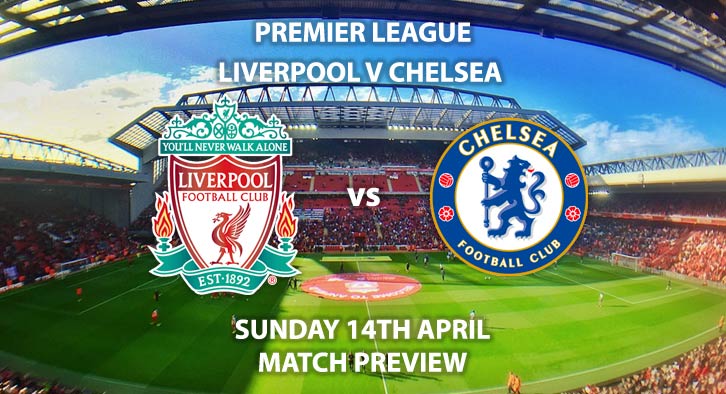 Liverpool vs Chelsea: Liverpool will be hoping to avoid another ‘slip up’ against Chelsea as they bid to boost their hopes of claiming a first ever Premier League title.

The Reds famously ‘slipped up’ against the Blues back in 2013/14, in their last real assault on the Premier League title. This time, the cards are different, with Jurgen Klopp’s side one-point ahead of rivals Manchester City, although they have played a game more. This game has an added dimension, with City kicking off at the earlier time of 2:05pm on Sunday, meaning Liverpool will know exactly what result they need against Maurizio Sarri’s side.

In truth, the Reds need three points, regardless of events at Selhurst Park. Liverpool will once again be defending their proud unbeaten league run at Anfield, bidding to stay top of the league, with only four games remaining. Consecutive wins over Southampton and Porto will have lifted their confidence, ahead of this crucial game. ‘Fortress Anfield’ should play its part – the Reds are the only side not to have lost at home in the Premier League.

Chelsea’s top four hopes are hanging in the balance. The Blues are fourth in the table, three points clear of Arsenal, although the Gunners have a game in hand. With that in mind, they can’t afford any slip-ups. N’Golo Kante, Ruben Loftus-Cheek and Eden Hazard were all rested in their midweek 1-0 win over Slavia Prague in the first leg of their Europa League tie, highlighting where Maurizio Sarri sees his priorities. Chelsea have won all of their last three games, keeping as many clean sheets in the process. With a trip to Old Trafford also on the cards, the Blues do have their future in their own hands.

Michael Oliver is the referee for this fixture. The Englishman has officiated 39 top-flight matches this season. In that time, he has accumulated an average booking points total of 34.4. Therefore, I would advise a maximum of 50+ total points for this fixture.

Hazard’s stunning form will give Klopp’s side cause for concern. The Belgian is a match winner and with Chelsea needing the points, they need him more than ever. Liverpool are in desperate need of a win but I think they could drop points here.

Liverpool vs Chelsea will be televised live in the UK on Sky Sports Premier League with kick off at 16:30 BST.

Odds and markets last updated on Sunday 14th April 2019 @11:40 GMT. Keep checking back to see if there’s any updates to markets – the time stamp in the previous sentence for when we update tips on this page will be updated.