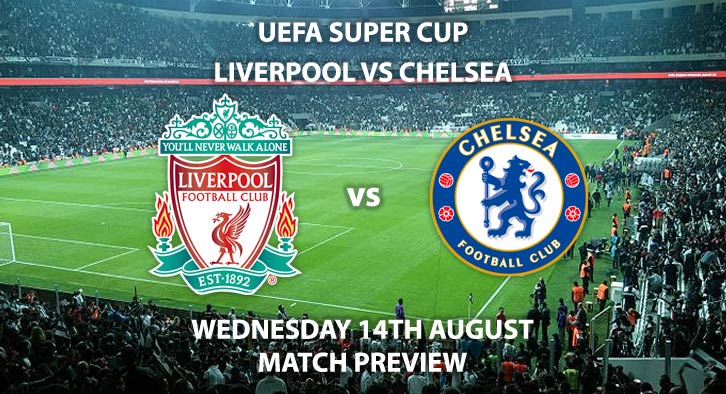 European Champions Liverpool take on Premier League rivals Chelsea in the Super Cup with both sides looking for their first piece of silverware of the season.

The Reds kicked off their campaign with the perfect opening day result. Their 4-1 win over Norwich City sent a statement to the rest of the league that they are desperate go win their first Premier League title. Mohamad Salah got his season off to a strong start and looked menacing against the Canaries’ powderpuff defence.

Sadio Mane was left out the starting XI, replaced by Divock Origi who got Liverpool’s third. The Malian international had only trained for one week prior to the game so it wasn’t a surprise to see him on the bench. However, after Origi’s strong display, Jurgen Klopp has a decision on his hands for his match. With another tough game at Southampton this weekend, I think Klopp might stick with the Belgian down the left.

Joe Gomez seems to have established himself as Virgil van Dijk’s first-choice partner, edging out Joel Matip. Dejan Lovren look to be on the verge of a move to AS Roma, so the Englishman will be next to the big Dutchman at the heart of the backline.

Chelsea will be hoping for a swift response to their 4-0 drubbing from Manchester United. Frank Lampard has welcomed back Willian and Antonio Rudiger to his squad but N’Golo Kante has a minor knock and is unlikely to play.

The Frenchman was a substitute in the Old Trafford defeat but has aggravated his injury, which is a blow to their hopes. Mason Mount, who was one of the Blues’ best performers on Sunday and is in line for another start against a top Premier League side.

Lampard’s biggest call is at the top end of the field. He has to decide whether to start the dynamic Christian Pulisic against Liverpool, or opt for Ross Barkley as a wide midfielder. Similarly, it will be interesting to see if he sticks with Tammy Abraham upfront, or offers a chance to Olivier Giroud or Michy Batshuayi

Stéphanie Frappart will make history on Wednesday as she becomes the first female referee to take charge of a major UEFA men’s match in Istanbul. She officiated only two Ligue 1 matches last season, brandishing nine yellow cards. With that in mind, I’d recommend a maximum of 60+ booking points for this fixture.

Liverpool and Chelsea couldn’t have had more opposite results at the weekend. Chelsea will be licking their wounds, whilst Liverpool are full of confidence. As a result, I’m going for the Reds, who are the slicker and better all-round side.

Liverpool vs Chelsea will play in the European Super Cup final which will be televised live in the UK on BT Sport 2 with kick off at 20:00 BST.