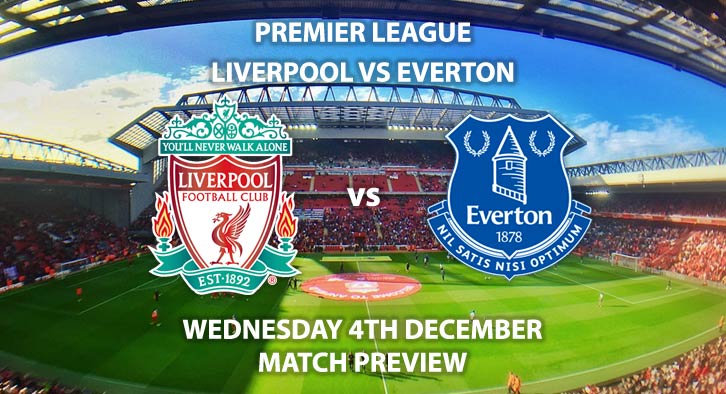 Liverpool line up at Anfield for third time in a week as they host Everton in the Premier League on Wednesday night.

Jurgen Klopp’s side will be hoping to maintain their healthy lead at the top of the Premier League but could see their eleven-point lead reduced to eight before Wednesday’s kick-off, if Manchester City are victorious away to Burnley on Tuesday evening.

The reds extended their Premier League unbeaten run this season to fourteen matches on Saturday, following the 2-1 home victory over Brighton. Liverpool will however be without Goalkeeper Alisson, who was given a straight red card for handling outside his area in the weekends game. Adrian is poised to return in between the sticks.

It got from bad to worse for Marco Silva’s Everton side at the weekend, as yet another league defeat saw them slide even further down the table. The Toffee’s were defeated 2-1 away to 2nd placed Leicester City on Sunday. Kelechi Iheanacho’s 94th minute strike secured all three points for the Foxes, a game in which they trailed for long parts following Richarlison’s early opener for Everton. The defeat condemned Marco Silva’s side to back-to-back defeats and saw them slip to 17th in the league.

Wednesday night’s clash will be the 54th time these two have met in the Premier League, and the 234th meeting between the two sides overall. It’s Liverpool who have the far superior record though, and the Reds boast a nine-year unbeaten run against the Toffee’s. Everton haven’t won against Liverpool in their last nineteen attempts and haven’t won at Anfield since September 1999. Grim viewing for any Evertonian.

The referee for this fixture is Mike Dean. The 51-year old has been involved in eleven top-flight matches so far this season, awarding fifty-two yellow cards and two red cards. This considered, as well as the occasion, I would recommend a minimum of 40+ booking points. Wednesday nights clash will be the first time this season that Dean has taken charge of a match involving these two sides.

This match will be shown live on Amazon Prime video, with kick-off scheduled to take place at 20:15 GMT on Wednesday evening.