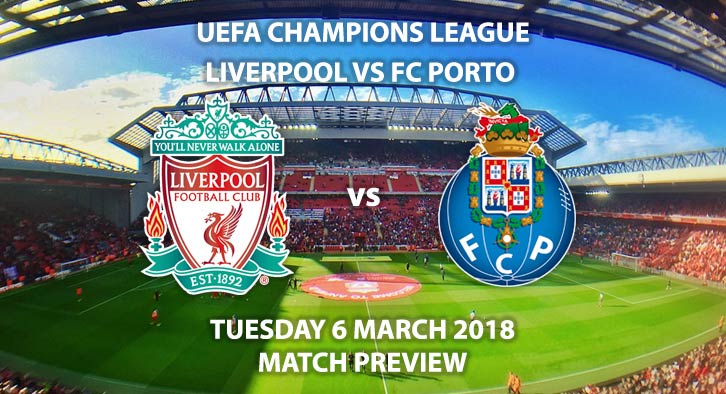 Liverpoo vs Porto: Liverpool host Porto in the Champions League holding a 5-0 lead from the first leg in Portugal.

After a dominant display in the first leg, Liverpool gave all but sealed their place in the Champions League quarter-finals. With such an unassailable lead, Jurgen Klopp this week admitted he may make changes ahead of their trip to Old Trafford at the weekend. Manchester United’s dramatic 3-2 win at Crystal Palace on Monday night means the Reds go into that fixture in third place. After such an impressive run of form, five wins from six games, Liverpool have the momentum which looks likely to secure them a top-four finish. Since the departure of Phillipe Coutinho, Roberto Firmino has stepped up his game. The Brazilian has enjoyed his best season since joining the club and has five goals in his last seven games.

With a number of key men needing game time, this could be a great moment for Klopp to rotate his side. Adam Lallana will be one player who could certainly do with some minutes as he prepares for the World Cup this summer with England. Despite returning from injury around a month ago, he has yet to return to his best form. Last season he was a mainstay in Klopp’s side, but now he will have to work hard to regain a regular place in the side.

Since losing to Liverpool, Porto have won four in a row. They come into this game with little to lose, meaning they should play without fear. Whilst this tie appears to be over, Porto’s approach to this game will be interesting. I predicted Liverpool to go through this tie, however, I thought it would be much closer. This game will illustrate whether Porto just had an ‘off night’, or whether the Reds are classes above them. After all, this is a side who sit top of their division and have yet to lose in the league this campaign.

Felix Zwayer has been appointed as the referee for this game. Having officiated 11 Bundesliga games this season, he has averaged 3.82 cards this season. With 41 yellow cards, Zwayer has issued the eighth highest, which highlights his well-tempered approach to refereeing.

I think Liverpool will make changes for this game but I still expect them to win. Even if they rotate their squad, they have enough attacking talent to win the game. I don’t think it will be as big a whitewash as the first leg, with my bet being Liverpool to win by exactly two goals.

Liverpool vs FC Porto will be televised live from Anfield on BT Sport with kick-off at 19:45 GMT.