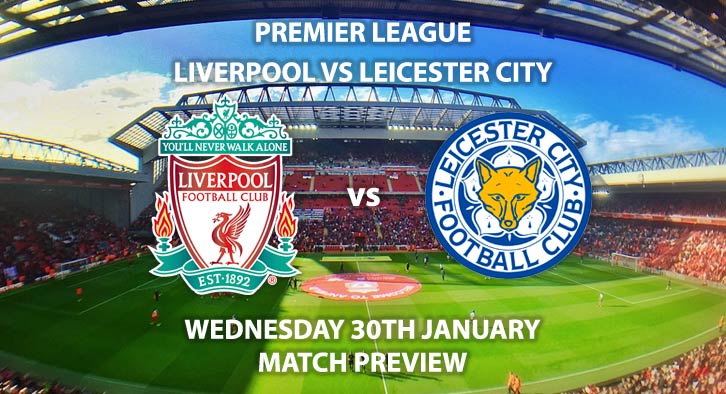 Liverpool vs Leicester: Liverpool will be hoping to extend their lead at the top of the Premier League to seven points when they take on Claude Puel’s Leicester City at Anfield.

Jurgen Klopp’s side enjoyed a weekend’s rest after crashing out of the FA Cup in the third round against Wolves. Despite that break, the Reds are expected to be without Virgil van Dijk, who will miss the game through illness. It will be the first game the Dutch defender has missed in the Premier League season, having been an ever-present this campaign. The Reds won their last outing 4-3 against Crystal Palace, coming back from behind. That display is the first real signs of cracks in Liverpool’s defence, which could be a concern, especially with van Dijk missing. With City losing to Newcastle on Tuesday night, Liverpool’s lead remained at four points. This game, therefore, gives the Reds a chance to move six points clear – an opportunity they won’t want to miss.

Puel comes into this game under pressure, after a run of just three wins in 11 games. They will be hoping to benefit from a weekend off, after losing to Newport in FA Cup third round. Last time out, they lost 4-3 to Wolves in a dramatic encounter. Despite coming from behind three times, Leicester were unable to take a point from the match, which will worry Puel. That result did nothing to help Puel’s popularity amongst the Foxes’ supporters, who seem to be adamant it’s time for a change. With Liverpool, Manchester United and Tottenham all up in Leicester’s next three games, it could turn out to be make or break for the Frenchman.

Martin Atkinson is the referee for this fixture. The Englishman has officiated 14 top-flight matches this season. In that time, he has accumulated an average booking points total of 33.9. Therefore, I would advise a maximum of 50+ total points for this fixture.

Liverpool will be desperate to take advantage of City dropping points, which makes it even more likely they will win. I can’t see Klopp’s side letting up, with a seven-point lead at stake. Therefore, I’m back the Reds for three points.

Liverpool vs Leicester City will be televised live in the UK on BT Sport 1 with kick-off at 20:00 GMT.

Odds and markets last updated on Wednesday 30th January @18:20 GMT. Keep checking back to see if there’s any updates to markets – the time stamp in the previous sentence for when we update tips on this page will be updated.