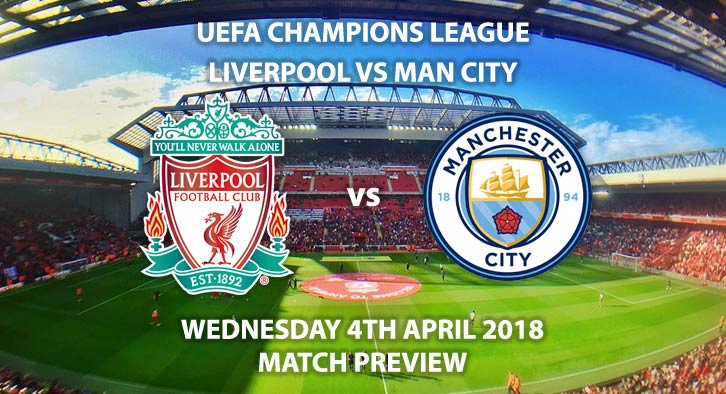 The Reds come into the game after beating Crystal Palace 2-1 at the weekend. Mohamad Salah grabbed the winner with ten minutes to go, his 38th goal of the season in all competitions. Liverpool have lost one game at Anfield in all competitions this season. That defeat came back in January in the FA Cup, meaning the Reds are also unbeaten in their last five at home. If Jurgen Klopp’s side hold any hope of progressing into the last four, making the use of their crowd will be vital. The Reds are the only side to have beaten Pep Guardiola’s City team this season, a result that came here at Anfield.

In that match, City were blown away in a ten minute period. That was the effect of the Liverpool home crowd, an atmosphere they need to recreate on Wednesday night. If that league game was a European tie, a marginal 4-3 defeat would have been a good result for City, which highlights the size of Liverpool’s task.

City warmed up for this game with a 3-1 against Everton at the weekend. Guardiola’s side blew away the Toffees at Goodison Park, leading 3-0 before the half-time whistle. That win meant they can secure their third league title in seven years this weekend, in the Manchester derby. With three huge games in six days, it will be interesting to see which games Guardiola prioritises as looks to complete the treble.

Sergio Aguero will miss the trip to Anfield having failed to recover from a knee injury that has kept him out of action since March the fourth. As a result, Gabriel Jesus will lead the line in his absence, supported by Raheem Sterling and Leroy Sane. The pace and skill of these three attackers would cause any defence in Europe problems. This could be crucial as City go in search of an important away goal.

Felix Brych has been appointed as the referee for this game. The German plies his trade in the Bundesliga and has averaged 3.57 cards per game this season. This included 47 yellow cards in 14 league games, averaging at 3.4 cards each match. Consequently, I would advise to stay under 40+ match booking points.

In their two league meetings this season, Liverpool and City have racked up 12 goals. Therefore, there are bound to be some more in these two legs. Thus, my bet would be BTTS and over 3.5 goals, although, as a correct score I do fancy a score draw.

Liverpool vs Manchester City will be televised live in the UK on BT Sports with kick-off at 19:45 GMT.