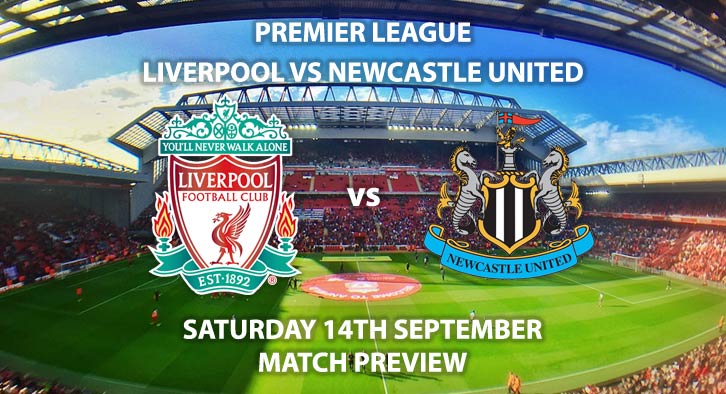 The Premier league returns this weekend and matchday five kicks off at Anfield where Liverpool host Newcastle United.

Jurgen Klopp’s Liverpool side boast the only 100% record in the league, and many are expecting that run to extend at the end of proceedings on Saturday afternoon. The Red’s seem to have shaken off the disappointment of being narrowly pipped to the PL title last season. An enthralling title race between themselves and Manchester City went all the way to the wire, with Pep Guardiola’s side grabbing the silverware.

Newcastle’s start to life under new Manager Steve Bruce has been inconsistent to say the least. The Magpies have won only one of their opening four matches in the league, which came away at Tottenham Hotspur to add to Mauricio Pochettino’s worries.

A positive to take from Newcastle’s beginning to the season has been the showings of club record signing Joelinton. The summer signing from Hoffenheim grabbed his first goal of the season in the away win at Spurs, and had showed promise in his new colours, and offers a robust, physical presence up top. Joelinton to score anytime is priced at 5/1 on SkyBet.

Liverpool’s own Brazilian forward Roberto Firmino has started the new campaign sharply and has betted in his last two games. Firmino created Premier League history in the away win at Burnley, by becoming the first Brazilian to score 50 Premier League goals. Firmino to extend his scoring run on Saturday lunchtime and Liverpool to win is on SkyBet at 11/10.

In this fixture last season, Liverpool ran out convincing 4-0 winners. A repeat scoreline is priced at 17/2 on SkyBet.

The referee for this weekend’s encounter is Andre Marriner. Marriner has appeared 3 times in the league this season, awarding 9 yellow cards in the process averaging 3 per match. Marriner officiated Liverpool’s 2-1 away victory at Southampton. I would recommend a minimum of 20+ booking points.

There’s only one way where I see this game going, and that’s a convincing Liverpool win. Unbeaten at home in the league for over two years, and their dazzling front three seem to be firing on all cylinders this season, I am predicting a home win to nil. I don’t think Newcastle have the firepower to disrupt Liverpool at the back, and with the imperious Virgil Van Dijk its an even bigger ask. However, Liverpool have only kept one clean sheet this season and have conceded in both home matches this season, so there is a glimmer of hope for the visitors.

Liverpool vs Newcastle United will be televised live in the UK on BT Sport 1 with kick-off at 12:30 BST.