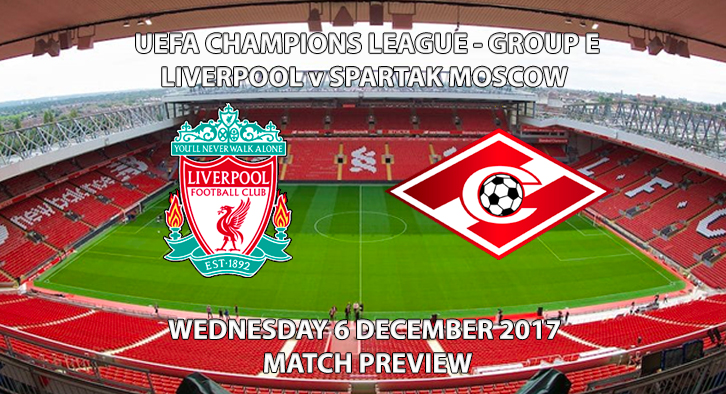 Jurgen Klopp’s men threw away a three-goal lead in Sevilla in the last matchday in dramatic fashion to draw 3-3 and now need a positive result against the Russian Champions in order to progress.

The Reds’ recent form would suggest that an upset is unlikely; having not lost in eight matches dating back to October and have won six of those fixtures in the process. The form of the Premier League’s top-scorer Mo Salah has been particularly impressive.

In fact, Liverpool’s attacking prowess in general has been terrific, scoring a remarkable 32 goals in their last 10 games. The potency in the Champions League has been equally strong, with only the fantastic Paris Saint-Germain’s record-breaking goal total (24) so far surpassing Liverpool’s 16 in five matches.

All five English clubs can and from this position should top their respective groups, an excellent turnaround from the recent underachievement from the Premier League in the world’s biggest club competition. 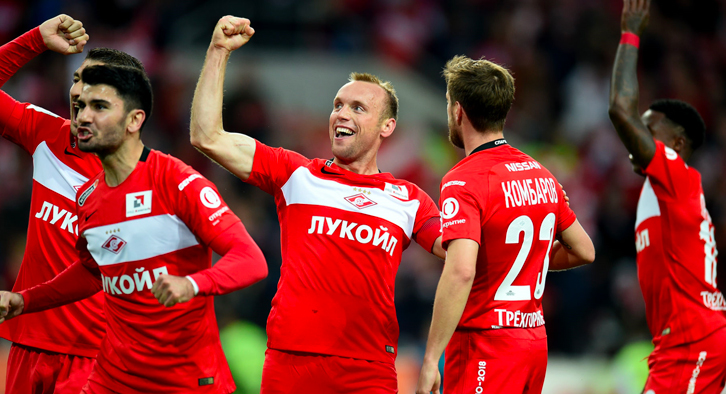 Spartak will hope to cause an upset at Anfield Photo Credit: goal.com

Spartak have proven they can be worthy competitors though, despite Liverpool’s dominance in the reverse fixture they held the Reds to a 1-1 draw but even more surprisingly dismantled Sevilla 5-1 earlier in the group stage.

Krasno-Belye are the country’s most successful team with a record 10 Russian Championships, and they also need to win to get into the knockout stages so must be treated as dangerous opposition.

In Liverpool’s case; after an inconsistent past few seasons, finishing fourth in the league in 2016/17 and cementing qualification into the Champions League seems like a step in the right direction. A solid showing in the competition could once again start to place Liverpool amongst Europe’s elite. Dispatching Spartak and getting into the last 16 is the first step on the road to doing that.

Despite Liverpool’s purported defensive struggles, Anfield has seen the home side collect five clean sheets from a possible seven this year and would be a strong bet to do so again this time out.

The Reds come third in the Premier League in our club corner stats table for least number of corners conceded, their total of 49 is just behind Arsenal and Man City’s 47 and 42 respectively. The pressure and intensity Klopp’s team play with often force opposition teams up the pitch away from their own goal.

Liverpool also do not concede too many fouls that lead to bookings; with only five teams having a better disciplinary record than The Reds in our club card stats table. The reds of Merseyside have garnered 20 bookings in the league this year and the one red card for an average of 15 booking points per game – not a massive total to bet on. 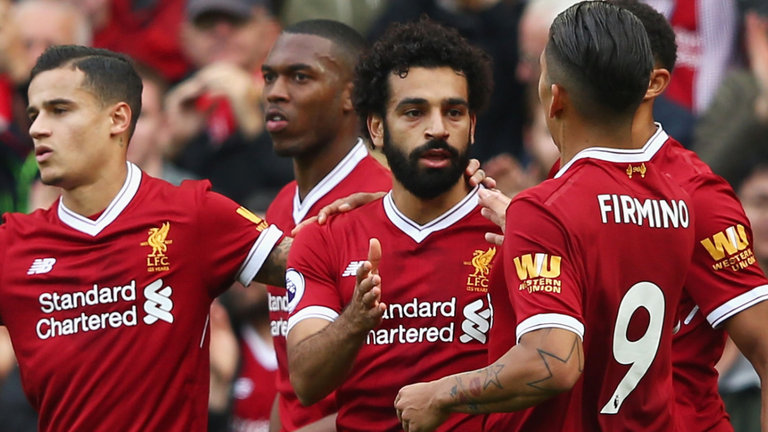 Salah has not only scored goals but has provided plenty of assists for his team mates Phot Credit: skysports.com

Mo Salah has enjoyed a wonderful start to life on his return to English football, taking the league by storm and topping the goal-scoring charts with 12 goals in his 15 games for Liverpool. The Egyptian international also has four strikes in the Champions League in just five appearances and looks a massive threat to score every single time he steps out onto the pitch. His blistering pace and intelligent movement mean Salah consistently creates goal-scoring opportunities for himself and his teammates.