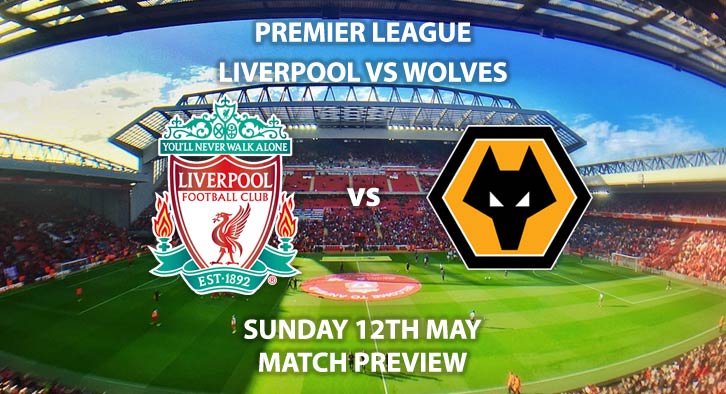 Liverpool and Wolves will play on the final day of the Premier League season this Sunday.

The hosts still have hopes of lifting the trophy, however it is out of their hands because if Manchester City can beat Brighton, the Reds will have to settle for second place. The visitors have also secured a very respectable seventh place this season in their first campaign back in the top flight.

Liverpool are heavy favourites for this match and are priced at 2/7 to win by SkyBet. Jurgen Klopp will have to focus his side again after their heroic Champions League comeback during the week. Over the course of this season, there is no doubt the Reds deserve a trophy with just one loss in the Premier League all season. They could become the first team ever to finish on 97 points and not win the league. Going forward, Sadio Mane will be the main threat as Mo Salah seems likely to miss out. He has 20 goals this season and is price boosted to 12/1 to score a header

Wolves are underdogs however their price at 10/1 to win by SkyBet is very tempting. Wolves will be delighted with their 7thplace finish and possible Europa League qualification. Their record against the top six has been critical to their success however they failed to beat Liverpool earlier in the season.

Raul Jiminez has been the standout performer and has 13 goals this term. He is price boosted to 11/1 to open the scoring.

The referee for this match will be Martin Atkinson. The official has been one of the more lenient this season and has averaged 33.1 booking points per match. Last time these two met in the Premier League, not one card was brandished. SkyBet are offering 6/4 for 40+ booking points.

The match will be televised on Sky Sports Premier League HD and kicks off at 15:00.

– The hosts have a tough test but so much is on the line they should pull through.