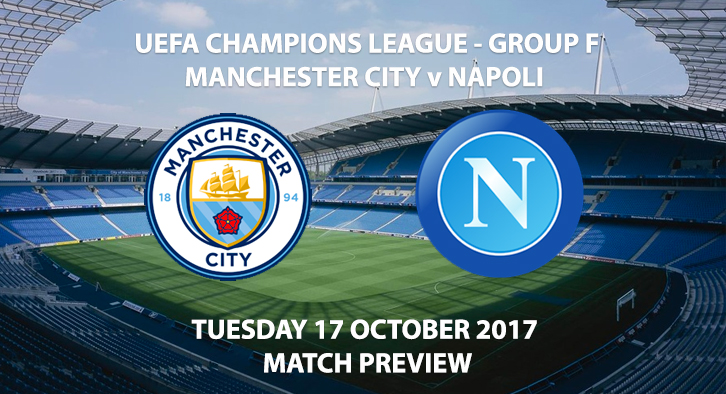 Man City vs Napoli – Champions League Preview – Manchester City face their toughest European assignment as they host Napoli. The Italian club find themselves top of the Serie A and will be a real test for Pep Guardiola’s side.

Manchester City are currently enjoying their best form since the arrival of Guardiola. After smashing seven goals past Stoke at the weekend, many feel they are a shoe-in for the league title. The football being played at the Etihad is a joy to watch, and given the multiple attacking threats they have, it’s hard to imagine them not scoring. 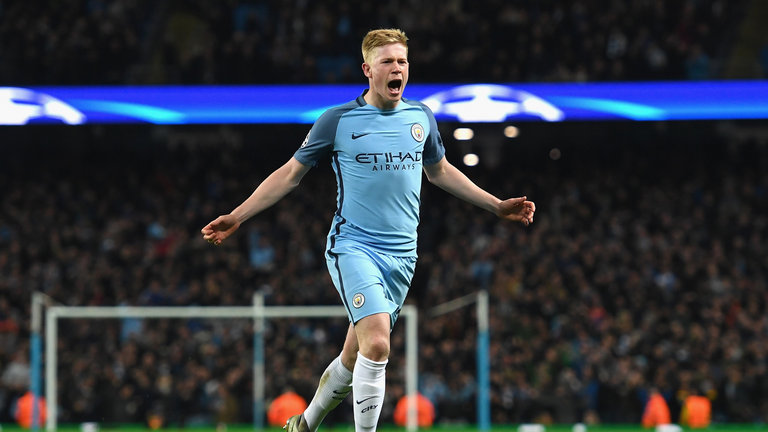 De Bruyne has been in scintillating form so far this season Photo Credit: skysports.com

One player who has particularly shone in the last few weeks is Kevin De Bruyne. Playing deeper and more central this season, the Belgian has been key to City’s form and has been one of the best players in the Premier League this season. He already has six assists in ten games this campaign, and he is an integral part of what Pep Guardiola is building at City. With him and David Silva providing the passes for the likes of Raheem Sterling, Leroy Sane, Gabriel Jesus and Sergio Aguero to run onto, it’s not a surprise they’ve scored 29 goals in just eight Premier League games.

The form of De Bruyne has also brought out the best in City’s wide players. Sane and Sterling in particular, have been in electric form, grabbing 13 goals between them. Alongside Jesus and Aguero, who are scoring goals for fun, City are an irresistible force going forward, and one that will be feared across Europe. 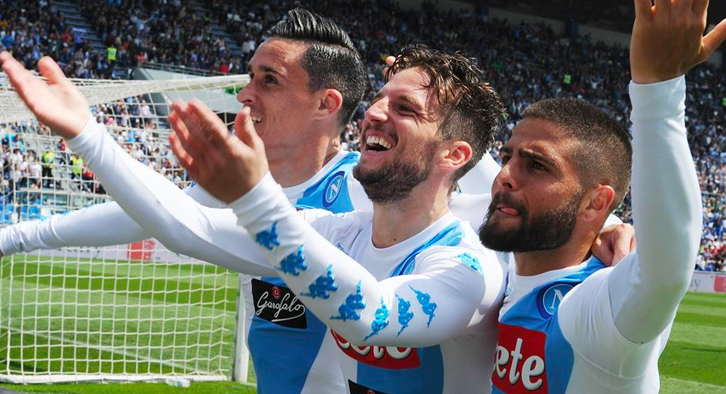 After an impressive 1-0 at Roma this weekend, Napoli sit five points clear off reigning champions Juventus. With 26 goals and only five conceded, Maurizio Sarri’s men are in fantastic form. There is a real belief that this could be the year that they claim their first title since 1990. The front three of Dries Mertens, Jose Callejon and Lorenzo Insigne have amassed 14 goals already this season and with the likes of Marek Hamsik and Kalidou Koulibaly down the spine of the side, they can be a real force both domestically and in Europe.

These two have only met twice, back in the Group Stages of this competition in 2011. In that group, City were knocked out, losing 2-1 in Naples and drawing 1-1 at home. With both teams free-scoring, I can see this one being a goal-fest. As dangerous as Napoli are, I can’t see anyone stopping City at the moment. I think BTTS and over 2.5 goals would be a good bet and I’m going to go with a Manchester City victory.

SKYBET: BOTH TEAMS TO SCORE IN BOTH HALVES- 15/2

SKYBET: JESUS, DE BRUYNE AND MERTENS TO ALL SCORE- 12/1