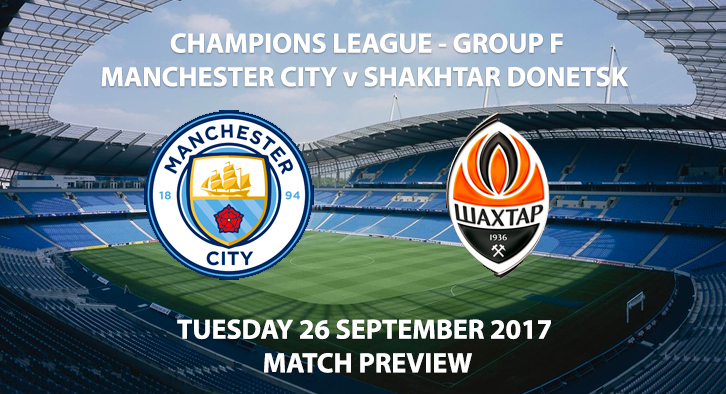 Man City vs Shakhtar – Champions League Preview – The Champions League resumes on Tuesday night, with Manchester City hosting Shakhtar Donetsk. A win for City would leave them with six points from two games, leaving them in pole position in Group F.

With the Citizens in great form in the league, many are feeling confident about them replicating that success in Europe. City currently sit top of the Premier League and are unbeaten this season in all competitions. Having beaten Liverpool, Watford and Crystal Palace in the last three weeks with an aggregate score line of 16-0, Pep Guardiola’s men are in rampant form.

With Sergio Aguero and Gabriel Jesus taking a lot of the limelight, few have noticed the goal scoring form of Raheem Sterling. The Englishman has started this season in fine fashion, netting five goals and three in his last three games. Last season Sterling started the season in a similar vein of form but his performances dropped off. This year he will be hoping he can consistently produce these displays, and have his best season yet in a City shirt. 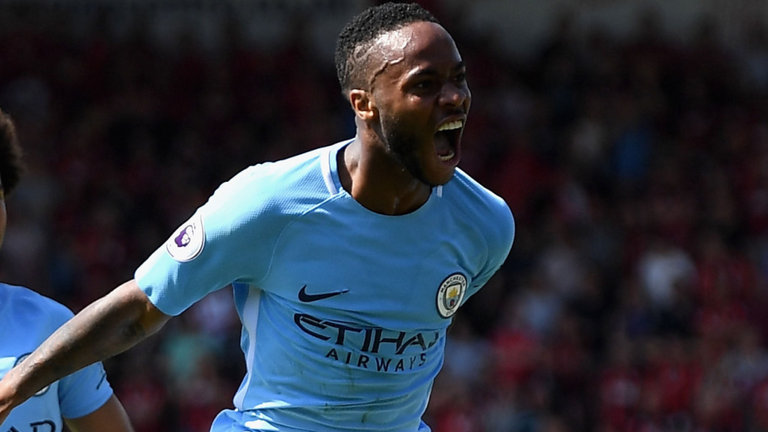 Sterling has been in good form for City Photo Credit: skysports.com

Another player who has improved from last season is John Stones. City have only conceded two goals in the league, and that is largely down to the Englishman. His early season partnership with Vincent Kompany looked mutually beneficial, with Stones growing and learning from his more experienced Belgian partner. However, even in Kompany’s recent absence, Stones has maintained the same form next to Nicolas Otamendi, which can only be positive for City and England fans. The faith shown by Guardiola to persist and improve Stones is now beginning to show, with City reaping the rewards of Guardiola’s patience.

Whilst City will be clear favourites, Shakhtar have proved to be tough opposition. Having beaten Napoli last time out, they have shown they are clear rivals to win the group. In the Ukrainian Premier League they sit top, having accumulated 25 points from their opening ten matches. They’re currently on a nine game unbeaten run in all competitions, winning eight of those games. With them having the potential to move in to top spot, they may prove to be City’s biggest test yet of the season.

If City want to be successful, they will need to keep Facundo Ferreyra quiet. The Argentinian was the club’s top scorer last year with 14 goals, and has already grabbed himself five this season. If City play to their potential, I think they’ll grab the win. The irrepressible form of Aguero, Jesus and Sterling should be enough for them, and leave them in top spot.

SKYBET: AGUERO AND JESUS TO BOTH SCORE-6/4