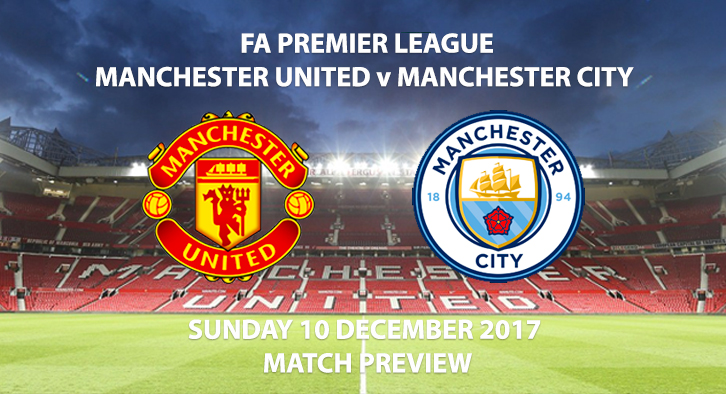 Man United vs Man City – Match Preview – Christmas has come early in providing us the most eagerly anticipated game of the season, where bragging rights, pride and a crucial three points will be claimed in a table-topping Manchester Derby on Sunday. When Manchester United and Manchester City lock horns it is one of the biggest spectacles of any year, but this one has the feel of season-defining significance.

Pep Guardiola’s City have been utterly relentless and could look to almost put the title race to bed by besting old rival Jose Mourinho’s United and move a massive 11 points clear. 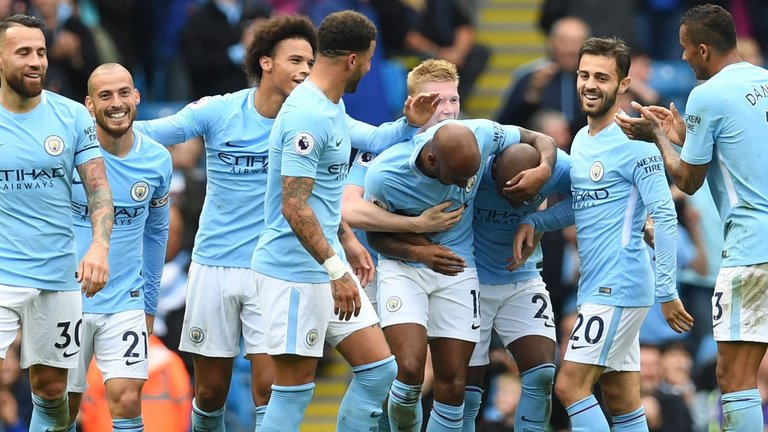 Manchester City will want to go 11 points clear at the top of the table at Old Trafford Photo Credit: skysports.com

Despite not being at their usual swashbuckling best, City have been grinding out results in an almost Manchester United under Ferguson-esque manner of late. Whilst that may not satisfy the perfectionist in Guardiola, it is undoubtedly the mark of a Championship-winning side.

Hope for United could be provided by City’s record 20 match winning streak ending in midweek against Shakhtar Donetsk in the Champions League – but City had already won the group whilst the Ukrainian’s were hungry for qualification of their own and a repeated display of such complacency is unlikely.

Manchester United have had a great season too; winning their Champions’ League group with a 2-1 victory against CKSA Moscow on Tuesday and have won 11 of their 15 league matches and lost just two. Unfortunately for United fans, City’s near perfect league record of dropping points just once all season (14 wins and one draw) has set the bar at unprecedented levels.

The anticipation building around the city and throughout the world for this game almost guarantees that Mourinho will be looking to provide a trademark masterclass against his old nemesis.

A performance of a similar ilk to the one against Arsenal in The Red Devils last league match will be required; United (and in particular David De Gea) soaking up large amounts of pressure whilst being clinical in attack on that occasion.
United will have to do it without their key man Paul Pogba, however, as the French international is suspended after receiving a straight red in that victory against Arsenal. 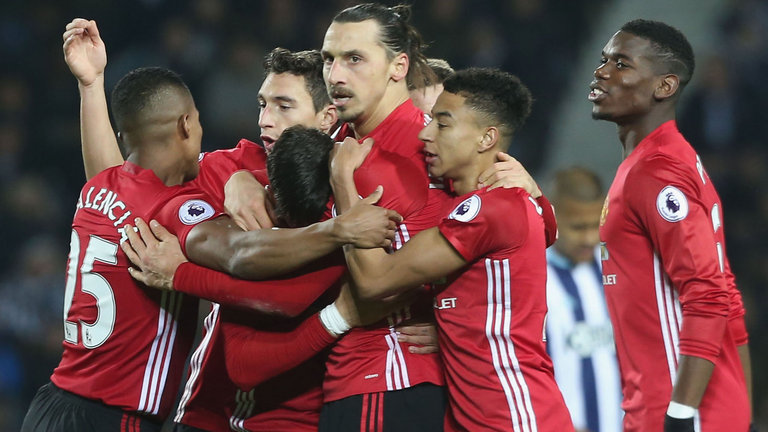 United will need to be solid at the back and take their chances in attack on Sunday Photo Credit: skysports.com

Passion is historically at the forefront of the Manchester derby, and even just in Premier League history there are a host of memorable incidents. From Roy Keane v Alf-Inge Haland, to Eric Cantona’s domination of the fixture, to City’s 6-1 demolition of United at Old Trafford, this fixture always produces.

We really are going to witness the division’s two strongest sides do battle. Not only are City and United the two highest-scoring teams in the league, but both sides of Manchester have the best defences in Premier League too. No side can best the seven clean sheets earned by Guardiola’s men but in typical Mourinho fashion United lead our club clean sheet stats table with a fantastic return of nine clean sheets from 15 matches. In fact, United have kept a clean sheet in all but one (85%) of their seven home matches. So against City’s league-leading 46 goals, it will truly be the immovable object vs irrepressible force.

Always a heated affair, this match tends to have the referee earning his keep. Michael Oliver takes charge of the derby and he has averaged 3.7 cards a game in 13 matches, producing two red cards, averaging to just over 40 Booking points per game. Manchester City in general have kept the officials busy this season, coming in at fourth in our club card stats on account of having a league-high two red cards. Add that to 27 yellow cards and City get an average of 21.3 booking points per match.

Being two of, if not the two most dominant sides in the league you would expect both sides to have a high number of corners. This expectation is a reality, and no side has been awarded more corners than Manchester City’s 103 this year. United’s physicality always lends them to be a threat from set plays, and they come in sixth in our club corner stats table with 95.