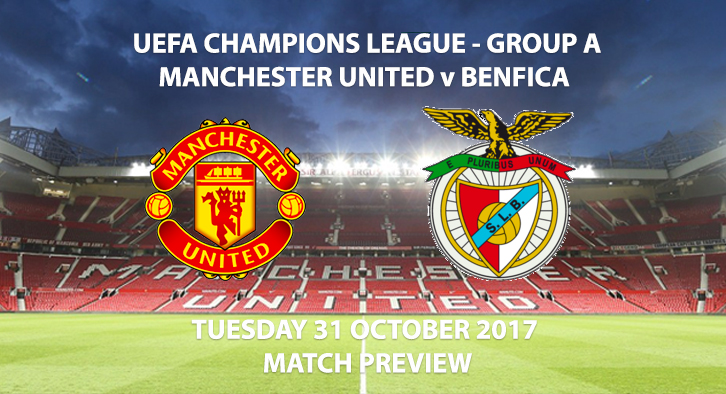 If Jose Mourinho’s side better CSKA Moscow’s result against FC Basel in matchday four – A United win and CSKA failing to win or a United draw and CSKA losing – then passage through Group A into the next phase of the competition will be guaranteed.

The Red Devils have a perfect record in the Champions League this season, with 3-0, 4-1 and 1-0 wins over Basel, CSKA and Benfica respectively in the first half of the fixtures.

Conversely, Benfica – who were heavily fancied to also get out of this group – have surprisingly lost every game so far, including a humiliating 5-0 defeat at the hands of Basel in Switzerland. 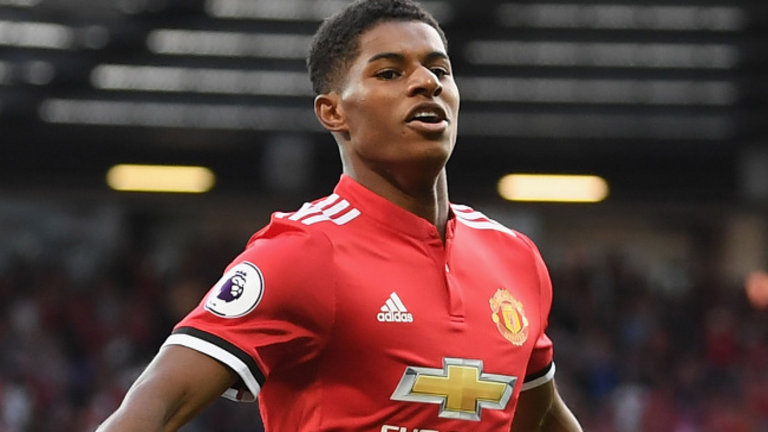 United and Mourinho had been slated in the media for their own recent shocking defeat to Premier League new-boys Huddersfield Town, but a solid 1-0 victory over title rivals Tottenham Hotspur on Saturday has put the 20-time English champions back on course.

Anything other than a Manchester United victory would be a surprise. Currently, United are on a massive 19-game unbeaten streak at Old Trafford in European competition (15 wins and four draws), stretching back to a defeat against Real Madrid in March 2013

Additionally, Benfica have only ever beaten The Red Devils once in the ten times the sides have met (2005/06 Champions’ League group stage) – with United never failing to score against the Portuguese outfit in those fixtures. 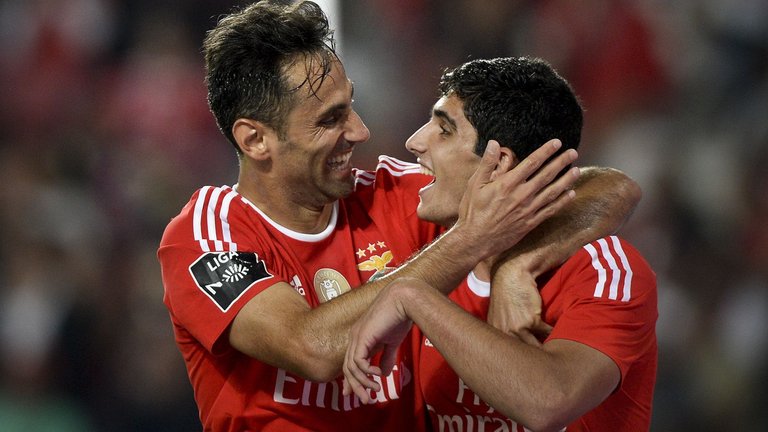 Jonas can be a threat to the Utd defence Photo Credit: skysports.com

Benfica are in a desperate scramble to survive elimination at this point, as no team in Champions League history (since the inception of the current format in 2003/04) has ever lost their opening three fixtures and qualified from the group.

This game does not look like the type to defy statistics, and United would expect to manoeuvre the obstacle of under-pressure manager Rui Vitoria’s team with limited difficulty.

In fact, after a slightly sluggish period, this could be just the game to reignite the momentum which saw Mourinho’s side favoured by so many to challenge Pep Guardiola’s outstanding Manchester City right until the death this season.

There are no new injury concerns for Manchester United, albeit with long-term absentees Paul Pogba, Michael Carrick, Marouane Fellaini, Marcos Rojo and Zlatan Ibrahimovic still out. For Benfica, Luisao and Andre Almedia are ruled out through suspension and Jardel is unavailable through injury.