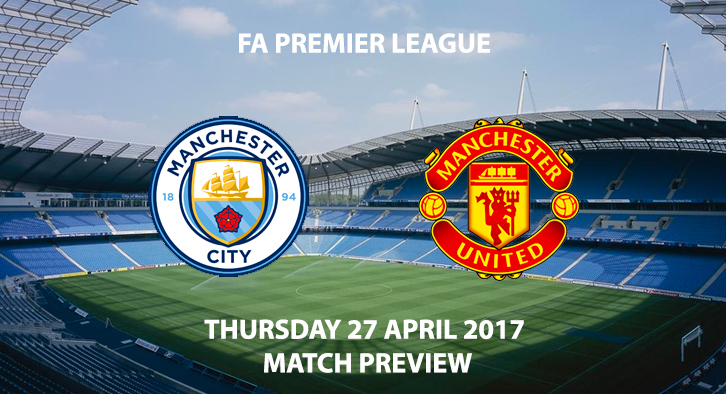 The Manchester Derby has added importance as both the red and the blue of the city contest for a Champions League place.

Both Pep Guardiola and Jose Mourinho are in their first season as managers of their respective clubs and have experienced underwhelming campaigns thus far.

Beaten 2-1 in extra-time in Sunday’s FA Cup semi-final against Arsenal; City will now end the season trophy-less – this will be the first time a team managed by Guardiola will have done so. There were massive expectations when the ex-Barcelona and Bayern Munich manager came to the club but after a strong start, winning the first 10 games in all competitions, inconsistency has been costly.

Manchester United are currently on a 23 game unbeaten streak in the league and avoiding defeat will equal the club’s record of 24. Despite this; United’s 2016/17 has been blighted by notorious home draws. Mourinho’s side have claimed silverware though; the Portuguese manager’s fourth EFL Cup after defeating Southampton 3-2 in a thrilling final. United are also still competing in the Europa League with a semi-final clash against Spanish outfit Celta Vigo next week and could claim a Champions League spot through the avenue of winning the tournament.

Chelsea and Spurs are in a seemingly two-horse race for the title, leaving any two from City, Liverpool, United and Arsenal to battle for the remaining Champions League places.

The Red Devils are currently in 5th place on 63 points, a point behind City in 4th place and three behind Liverpool in 3rd – however both Manchester sides have played 32 games, two less than the Merseysiders. Arsenal are further back in 7th but with three games in hand on 6th place Everton and are still expected to challenge until the end. 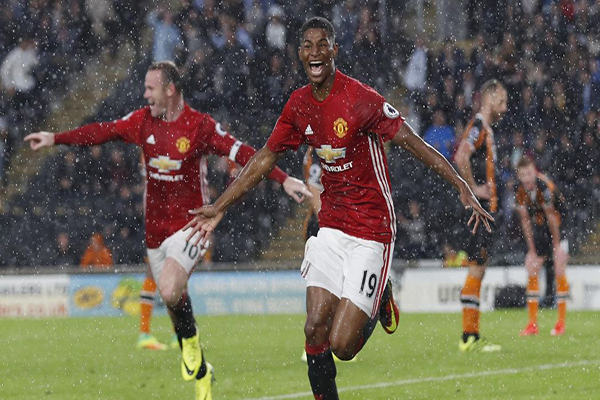 Players to Watch
This fixture last year was decided by a well-taken Marcus Rashford goal as the Red Devils came away with the spoils in a 1-0 victory. This season the forward hasn’t quite reached the same heights in terms of goal-scoring but the England international is a constant threat with his pace, direct play and ability to glide past opposition defenders. In the 2-0 victory over Chelsea recently; Rashford played brilliantly – capping his performance with a goal and more than justified Mourinho’s faith in starting him. More of the same will have the City defence fearful. 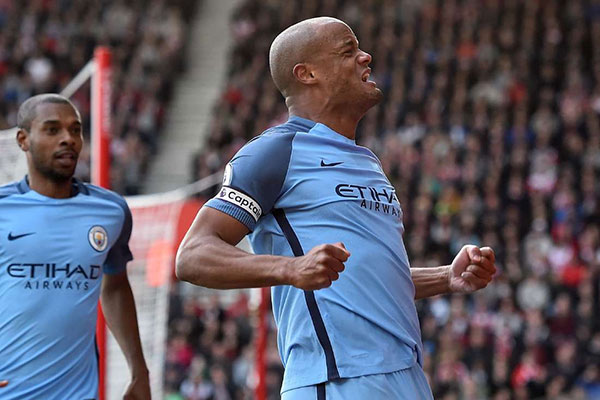 There is no player currently at Manchester City who is missed more in absence than Vincent Kompany. The Belgian central defender is a captain who leads by example on the pitch and irreplaceable when not plagued by unfortunate injuries. He has a mixed history against City’s local rivals, involving everything from scoring to being sent off – but after his latest return from injury is undoubtedly a key player in repressing United attacks and dragging City over the line in a battle.

Team News
Manchester City are fearful that star man Sergio Aguero will be unavailable after being substituted with a knock in the FA Cup semi-final on Sunday after opening the scoring. David Silva who is pivotal for City, was also substituted in that same match and is a doubt. John Stones, Fernandinho, and Bacary Sagna are all battling for fitness too. The positive news is that Gabriel Jesus will be looking for his first Premier League appearance since breaking a bone in his foot after a hurricane start to life in English football.

Paul Pogba is a doubt after being forced off in Sunday’s 2-0 victory over Burnley. Both Marcos Rojo and Zlatan Ibrahimovic will be big misses after United confirmed the pair are out for the season with knee ligament damage. Additionally, Phil Jones, Chris Smalling and Juan Mata are all still out with their respective long-term injuries.