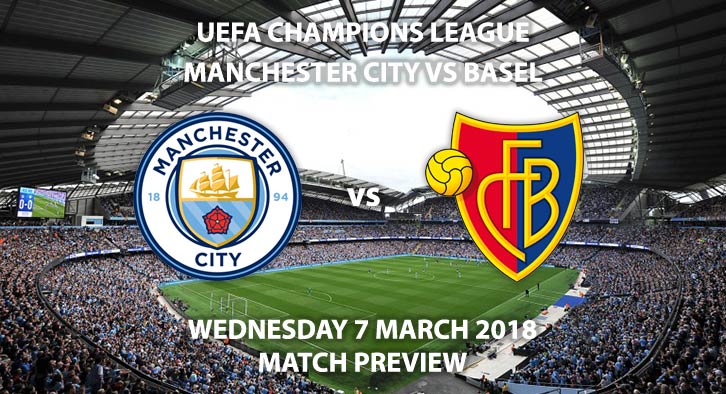 After a dominant display in Switzerland, City hold a 4-0 aggregate lead. With four away goals and an impressive home record, Pep Guardiola’s side have all but sealed their spot in the next round. After three games in a very busy week, Guardiola would be forgiven for rotating his side. I expect Gabriel Jesus to start, in a bid to step up his fitness for the end of the season. The Brazilian will be hoping for more game time in a hope to lead the line for his country in the World Cup.

City have won five of their last six games. That last week, in particular, has underlined their dominance in the Premier League. After collecting their first silverware of the season, the same starting 11 took apart Arsenal at the Emirates before dominating against Chelsea. The game against Chelsea, in particular, highlighted their strength. The reigning champions failed to even put a glove on City as they failed to even register a shot on target. City have teams beaten before they even step on the pitch. Psychologically, teams are entering the Etihad believing they are beaten, which is a hallmark of a great team.

Basel have only won one of their last five games. They have lost both of their league games since their drubbing against City two weeks ago. Reaching the knockout rounds of this competition is a good achievement for this side, but they were never going to be capable of competing with City. They currently sit 14 points adrift of league leaders Young Boys in the Swiss Super League, although they do have two games in hand. Star striker Ricky van Wolfswinkel has one goal in his last eight games, which highlights their poor form in front of goal.

Pavel Kralovec has been appointed as the referee for this game. The Czech has officiated three Champions League games this season, including Real Madrid V Borussia Dortmund and Anderlecht V PSG.

Given City’s busy upcoming schedule, I expect them to rotate their squad. The hard work was done two weeks and therefore they should be home and dry. I still expect them to come out with the win, with City to win to nil my bet.

Manchester City vs Basel will be televised live in the UK on BT Sport with Kick Off at 19:45 GMT.