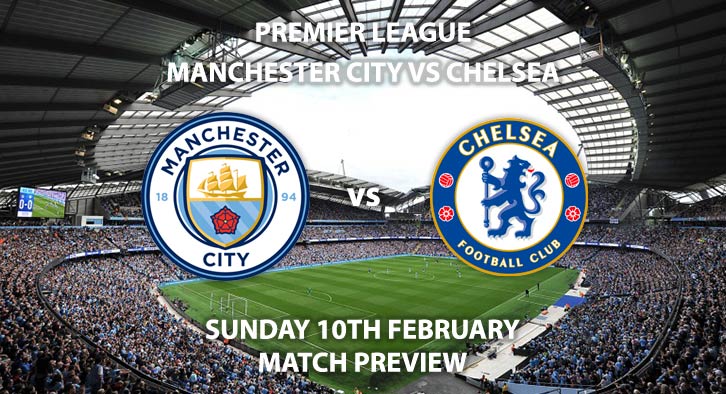 Manchester City vs Chelsea: City will be looking to move back to the top of the Premier League table when they face Chelsea at the Etihad Stadium on Sunday.

City moved top of the Premier League table on Wednesday night with a 2-0 win away at Everton. That lifted Pep Guardiola’s men ahead of Liverpool on goal difference at the top of the league, although the Reds do have a game in hand – which is away at Manchester United. After also beating Arsenal 3-1 at the weekend, City have gained a physiological advantage in the race for the title. If they pick up maximum points from their next two games they will keep their lead at the top. That will increase the pressure on Liverpool, which could see them drop points. Sergio Aguero’s hat-trick at the weekend was his 10th in the Premier League, only Alan Shearer (11) has more. With the Argentine in superb form, he would be a good bet for first goal scorer on Sunday.

The Blues will be hoping for a result against City as they bid to hold off Manchester United’s push for second place. The Red Devils moved a point ahead of the Blues after their win over Fulham on Saturday. Maurizio Sarri’s side will be buoyed by their 5-0 thrashing of Huddersfield last weekend, with new striker Gonzalo Higuain bagging a brace. The Argentine striker had his best scoring spell under Sarri at Napoli and the pair will be hoping to rekindle that relationship at Stamford Bridge. The Blues need to address their form on the road after failing to win any of their last four games – losing three. That highlights the lack of character and consistency in the Chelsea ranks, which needs to be addressed between now and the end of the season.

Mike Dean is the referee for this fixture. The Englishman has officiated 13 top-flight matches this season. In that time, he has accumulated an average booking points total of 50.4. Therefore, I would advise a maximum of 60+ total points for this fixture. Dean’s next red card will be the 100th of his career.

City look relentless and are breathing down Liverpool’s necks. They look the form side and therefore I think they will edge out this an inconsistent Chelsea side.

Manchester City vs Chelsea will be televised live in the UK on Sky Sports Premier League HD and kicks off at 16:00 GMT.

Odds and markets last updated on Sunday 10th February @10:27 GMT. Keep checking back to see if there’s any updates to markets – the time stamp in the previous sentence for when we update tips on this page will be updated.

Remember to keep visiting the tips and preview area for further updates and betting previews around the domestic action and European action midweek.

Sterling and Higuain to both score – 9/1.