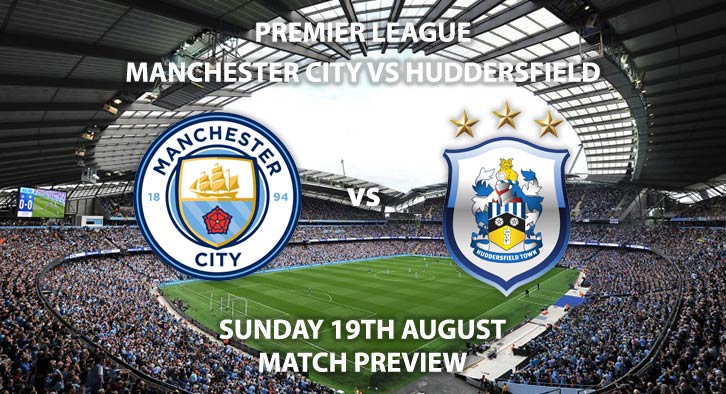 Manchester City vs Huddersfield Town – Pep Guardiola will be hoping his side can build on their victory at Arsenal with another win against Huddersfield.

City proved too strong for the Gunners last weekend, despite being without several first-team players. Kevin De Bruyne and Gabriel Jesus were only used as a substitute, whilst David Silva, Vincent Kompany and Nicolas Otamendi didn’t feature. Rihad Mahrez, however, made his debut, whilst Bernado Silva ran the show in a more central area. With Raheem Sterling opening the scoring in the first half, the Portuguese playmaker doubled City’s advantage in the second. Overall, they were just too powerful for Unai Emery’s side as they look to become the first team to retain the Premier League since 2008.

Defensively, City looked rock solid as well. John Stones partnered Aymeric Laporte and the Englishman continued his World Cup form into the new season. Stones was fantastic for England in the summer and he seems to have matured over the last 18 months, under the guidance of Guardiola. His has irradicated his errors, that often came from lapses in concentration. His distribution has always been phenomenal, to the point where Guardiola admitted they may use him in a midfield role at some point during the campaign.

Huddersfield were comprehensively beaten on the opening day as they lost 3-0 to Chelsea. The Terriers were second best against Maurizio Sarri’s side, and face an even tougher assignment against the champions. Having staved off relegation last year, David Wagner’s challenge is to perform the same feat this time around. Although we are only one game into the season, that task looks a tall order. I still have doubts over where the goals will come from in their side, whilst they also leak goals at the back. Still, they managed to perform a miracle last season, so there’s no reason they can’t do it again.

Manchester City look just as strong as last season, which is a worrying sight for the rest of the league. I expect them to take another three points on Sunday. Huddersfield could pull off a shock, as they did at the Etihad last season, but I highly doubt it.

Manchester City vs Huddersfield Town will be televised live in the UK on Sky Sports Football with kick-off at 13:30 GMT.

Odds and markets last updated on Sunday 19th August 2018 @03:50 GMT. Keep checking back to see if there’s any updates to markets – the time stamp in the previous sentence for when we update tips on this page will be updated.