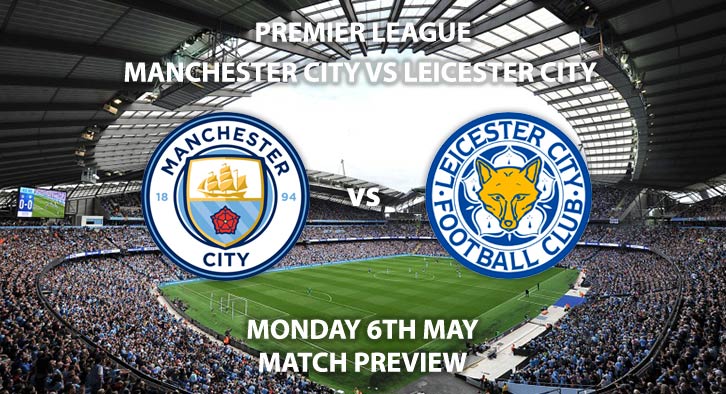 Manchester City vs Leicester: Manchester City will be hoping to make another massive stride to retaining their Premier League title when they host former Liverpool manager Brendan Rodgers’ Leicester City.

Pep Guardiola’s side have not let up in their pursuit of the domestic treble. The champions are in pole position the claim a fourth Premier League title in seven years. They sit one point ahead of Liverpool with two fixtures remaining, in the closest title race for many years. City haven’t dropped any points in the league since their 2-1 defeat to Newcastle in January. It has been a perfect run since, which has seen the Blues win their last 12 games. Similarly, the clean sheets have increased as they bid to grind out three points. They have conceded just one goal in their last eight games, recording seven shut outs. Back-to-back away wins away at Manchester United and Burnley have only further tightened their grip on the league title, with a visit to Brighton to follow this match.

Leicester have been in fine form since Brendan Rodgers’ arrival. The Foxes have taken 17 points from eight games. Last week, they defeated Arsenal 3-0 at the King Power, the highlight result of his tenure to date. Jamie Vardy bagged a brace in that win, making it 11 goals in as many games for the Englishman. That run has taken his tally for the season to 18. If he can manage two more, he will have hit 20+ goals in three of his last four season, which is a remarkable feat. Leicester’s brand of high-pace, counter-attacking football suits him down to the ground and could cause problems for the City defence on Monday night.

Mike Dean is the referee for this fixture. The Englishman has officiated 40 top-flight matches this season. In that time, he has accumulated an average booking points total of 51.6. Therefore, I would advise a maximum of 50+ total points for this fixture.

Manchester City could definitely have faced easier opponents than Leicester, who are in good form. Guardiola’s side are winners, though, and I fancy them to grind out another win. I still think Leicester may score, given their pace on the counter-attack.

Manchester City vs Leicester City will be televised live in the UK on Sky Sports Premier League HD with kick off at 20:00 BST