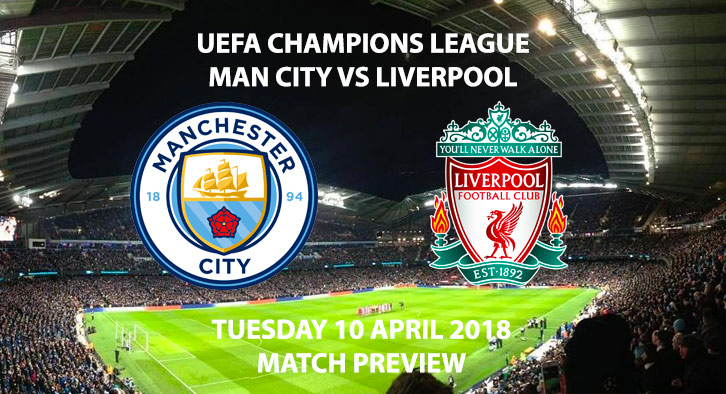 Manchester City vs Liverpool: Manchester City host Liverpool in the Champions League quarter-final, looking to overturn a three-goal deficit from their first-leg defeat.

City come into this game having lost consecutive matches for the first time this season. Their capitulation in the second-half of the Manchester derby highlighted the Citizens defensive frailties as they let a two-goal lead slip. Whilst Pep Guardiola opted to rest Kevin De Bruyne and Sergio Aguero, this had no bearing on Saturday’s result. City should have been four up at the break, with Raheem Sterling guilty of wasting two golden opportunities.

Instead, it was Nicolas Otamendi and Vincent Kompany who were exposed. They duo have conceded six goals in 180 minutes. They had no answer to Liverpool’s first-half onslaught at Anfield, nor United’s second 45 at the Etihad. Despite spending big on Aymeric Laporte, Guardiola has stuck by his first-choice centre-half pairing. This week has shown that they aren’t good enough to win the Champions League. The Premier League, yes, but not Europe’s elite competition. City welcome back Sergio Aguero as they hope to make create one of Europe’s most memorable comebacks. We witnessed Barcelona perform a miracle last year and City will need nothing short of their own to progress.

Liverpool rotated heavily at the weekend, resulting in a 0-0 draw with Everton. They are, however, sweating on the fitness of Mohamad Salah, who came off with a groin strain in the first leg. They are also without Jordan Henderson and Emre Can, meaning Gini Wijnaldum will operate in a holding midfield position. The Dutchman took up this role on Saturday but is relatively inexperienced in the role, which could be an area for City to target. Having kept City at bay in the first-leg, Liverpool will be hoping to grab a crucial away goal. If the Reds can score, it would leave City needing four goal; a task that even Guardiola would deem impossible.

Antonio Mateu Lahoz is the referee for Tuesday night. The Spaniard plies his trade in La Liga and has an average cards per match total of 4.93. This includes 73 yellow cards across 15 league matches, averaging at just 4.87 per game. There’s no doubt this game will be hard-fought and I would, therefore, advise a maximum booking points total of 60.

Whilst I think City will win the game, I think the tie is beyond them. They have to score an early goal to have any hopes of completing a memorable turn-around. Keeping Liverpool out on the counter-attack will also be a tough task, but if anyone is capable, it’s Pep.

Manchester City vs Liverpool will be televised live in the UK on BT Sport 2 with kick-off at 19:45 GMT.

Odds and markets last updated on 10th April 2018 @18:32 GMT. Markets unlikely to be updated prior to kick off.