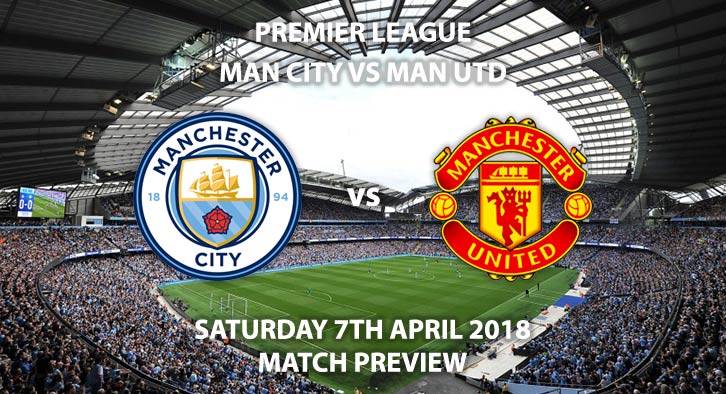 Victory for City would see them win the division for the fourth time in seven years. Pep Guardiola’s side currently hold a 16 point lead over Jose Mourinho’s men, with could become 19 with just six games to play. Manchester United will be desperate to delay the party for another week at least, making this a mouth-watering matchup.

City were rocked in the week as they fell to a 3-0 to Liverpool. Guardiola changed his tactics having been bested by Jurgen Klopp’s side at Anfield earlier in the campaign but this had little effect. Instead of persisting with the 4-3-3 blueprint that has proved so fruitful this campaign, the Spaniard changed the personnel and shape of his side. Raheem Sterling was discarded to the bench whilst Aymeric Laporte was asked to play out of position at left-back. This played right into Liverpool’s hands, with the Reds finding themselves 3-0 to the good inside 30 minutes as a result.

City failed to register a shot on target, which underlined Liverpool’s dominance. With a three-goal deficit to overhaul, the pressure is on the Champions elect. With that second leg looming on Tuesday, Guardiola will have to find a balance in his team selection at the weekend. What does he value most? A title-winning victory against their rivals, or a better chance at reaching the Champions League semi-final.

Whilst Mourinho can point to his figures and sheets, this has been an underwhelming season for United. There’s no doubt that the Red Devils have improved under the Portuguese’s guidance, but they have underperformed on the biggest stages. A club the size of United should not find themselves 16 points behind anyone in the league, let alone their nearest rivals. Then, they were embarrassed in their own backyard by Sevilla. Whilst Mourinho has deflected the blame away from himself, and his players, he knows this is a chance to try and restore some pride. Whilst a result will only delay the inevitable, Manchester United have the chance to make a big statement on Saturday.

Martin Atkinson is the referee for Saturday’s Manchester derby. The Englishman has the fourth highest average booking points total in the league, at 39.4. With so much at stake in this game, tempers are likely to fray. Therefore, booking points maybe a good thing to bet on. However, I’d recommend no more than 30+ each team.

It will be intriguing to see what team Guardiola picks. I think he will go for it and secure the Premier League trophy in the process.

Manchester City vs Manchester United will be televised live in the UK on Sky Sports Premier League with kick off at 17:30.

Odds and markets last updated on 7th April 2018 @16:35 GMT. Markets may be updated prior to kick off so keep checking back before kick off for any further updates or markets.