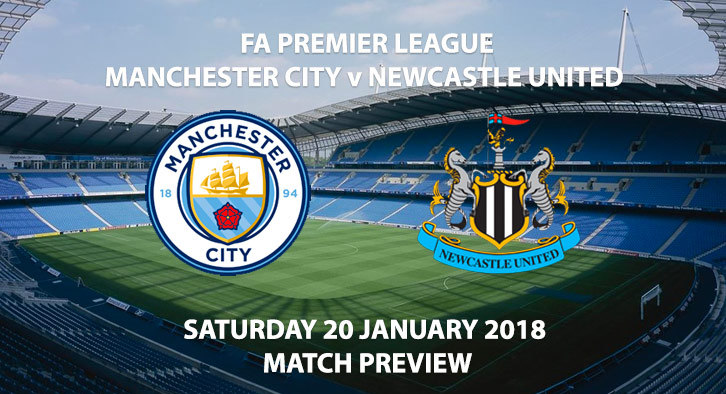 Manchester City vs Newcastle Utd in the Premier League this Saturday evening from the Etihad as City look to restore normal order after their defeat to Liverpool last week.

After finally surrendering their unbeaten Premier League record, Pep Guardiola will want his side to return to winning ways. Despite their defeat at Anfield, most of the recent talk has been about City’s pursuit of Alexis Sanchez. The Chilean forward now looks set to join City neighbours Manchester United after City refused to match the Red Devils offer for the Arsenal forward. Without Sanchez, City have Aguero as their only fit senior striker. Gabriel Jesus is expected back in the next month, which means they will probably wait until the summer before bolstering their striking options. 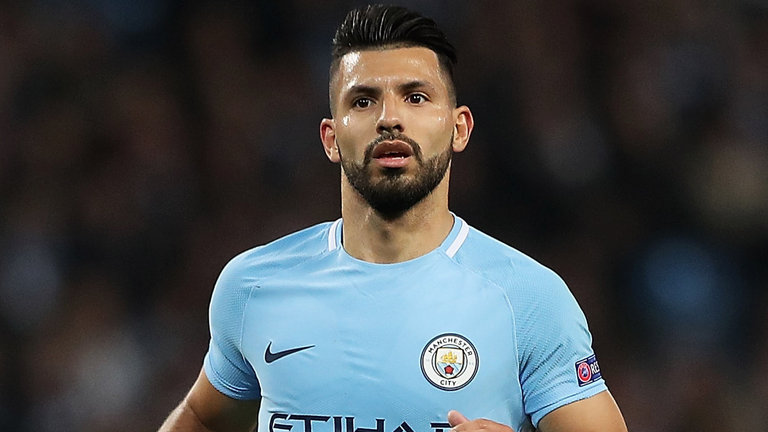 Aguero has been below average in the last few games and needs to get back to his best Photo Credit: skysports.com

Sunday’s defeat came as a shock to most, with City surrendering the game within a frantic nine-minute spell. What struck me most during the game was the lack of leadership on the field for City. Without both Vincent Kompany and David Silva, there was nobody to get hold of the players around them and calm them down. If City could have managed to regain some composure after Mane’s goal, they may have come away with something from the game. It was just an off day for the Citizens, with a number of players failing to meet the standards they’ve set for themselves this season. It happens, the most important thing is how they react.

Despite just one defeat from their last five league games, Newcastle sit just three points above the drop zone. Whilst nobody will be expecting Rafa Benitez’s men to get anything from the Etihad, it’s important they put in a good performance. They currently sit in 15th, three points above the relegation zone, but also three points from tenth, underlining how tight this year’s battle to beat the drop is. With fixtures against relegation rivals to come, it’s vital the Toon carry as much momentum as possible going into those fixtures. Yes, it won’t be games against teams of City’s calibre that will decide their fate, but they could still prove influential at the end of the season. 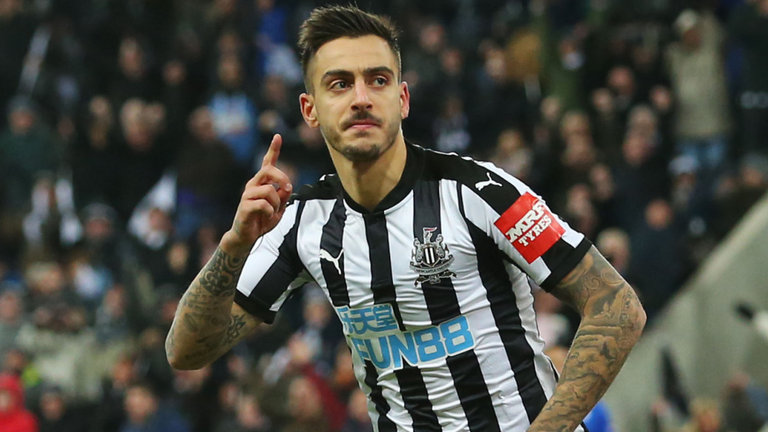 Joselu grabbed a goal against Swansea in the last fixture Photo Credit: skysports.com

City have lost just one of their 22 meetings with Newcastle and haven’t lost at home in the league against them since 2000. In their last four fixtures at the Etihad, City have racked up 19 goals, including a 6-1 win in October 2015. Despite only refereeing eight Premier League matches this season, Paul Tierney is the man in the middle for Saturday tea-time game. Tierney has averaged just 2.8 yellow cards this season and is yet to send anyone off. Only Tierney and Chris Kavanagh have refereed eight matches this season, whilst every other official has managed nine or more games.

Despite last week’s defeat, I think City will get back to winning ways here. They have a particularly strong record against Newcastle at home, and I think Benitez will have his mind firmly fixed on more important fixtures to come.

SANE AND DE BRUYNE TO BOTH SCORE- 4/1

TO SCORE AT ANYTIME- JAMAAL LASCELLES- (link no longer available)