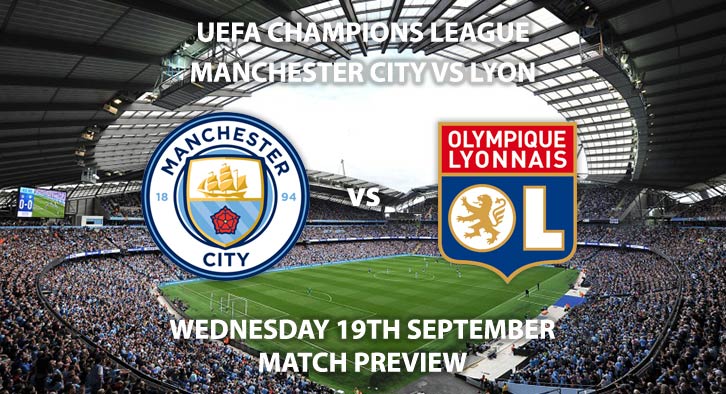 It has now been seven years since Pep Guardiola has made a Champions League final. Seven years. His Manchester City are the bookmaker’s favourites to win the tournament and end the great man’s barren run.

City enjoyed a well-documented, record-breaking campaign last year. Breaking the 100-point mark in the Premier League is an incredible achievement. Despite this, Guardiola knows he was brought in to deliver success in the biggest club competition of them all. His time at The Etihad may well be judged upon that very fact.

With a squad featuring players like Kevin de Bruyne, David Silva, Sergio Aguero and Leroy Sane (just to name four of the plethora of talented superstars at City’s disposal), few would bet against it.

The Champions have started this season in a similar vein to last, barring dropping points in a draw against Wolves. Four wins from five, exhilarating football being played, and a barrel of goals being scored, City are an absolute powerhouse.

Paris Saint Germain inevitably won Ligue 1 last season. However, barring the Parisians, no side scored more or conceded less than Lyon as Bruno Genesio’s side finished third. Lyon did well to fend away the advances of Marseille and solidify third place and guarantee a Champions League spot. Lyon had missed out the season previous due to finishing fourth, behind Nice. City would be unwise to underestimate the French outfit.

There is plenty of talent in The Kids’ side. Players like Memphis Depay, Bertrand Traore and Rafael are known to Premier League followers. But there is no doubting that the star is one certain Nabil Fekir. Captain and talisman, Fekir nearly secured a big-money move to Liverpool in the summer but it eventually broke down. Bruno’s side haven’t started the season particularly well, so the Champions League offers the opportunity to showcase their abilities.

Lyon have only mustered six goals in their opening five matches. A stark contrast to the Premier League’s joint-top-scorers, netting 14 in as many games.

The French side have a lot to live up to compared to their female counterparts. Lyon’s women’s team (Olympique Lyonnais Feminin) are reigning European Champions, for a second consecutive year and a fourth in total. Levels of supremacy that City themselves want to achieve, in both the men’s and women’s game.

Italian referee Daniele Orsato takes charge of this one, and he is not card-shy whatsoever. Orsato has officiated two Seria A matches this term, brandishing seven and five yellow cards out in each respectively.

Anything other than a comfortable City win would undoubtedly be a shock. That probably speaks more to their dominance than to any Lyon ineptitude, however. Expect Guardiola’s men to put a statement out to the challengers, they want European glory.

Manchester City vs Olympique Lyonnais will be televised live in the UK on BT Sport 3 with kick off at 16:00 GMT.

Odds and markets last updated on Wednesday 19th September 2018 @12:34 GMT. Keep checking back to see if there’s any updates to markets – the time stamp in the previous sentence for when we update tips on this page will be updated.