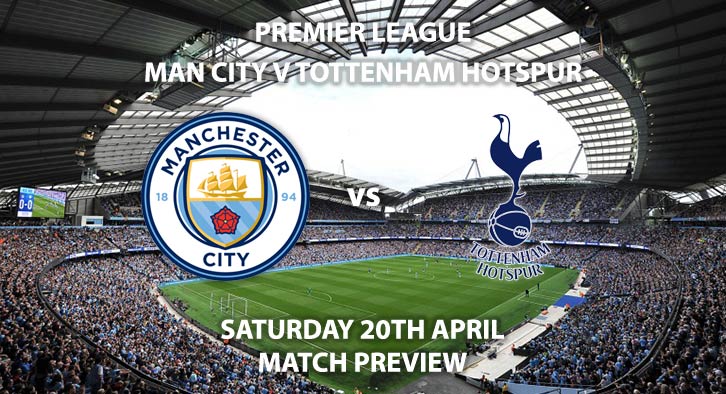 It’s the match that just kept us all on the edge of our seats in midweek as Man City will once again play host to Spurs, but this time in the Premier League.

Their Champions League match in midweek has been labelled one of the greatest ever football matches with drama galore and a 4-3 score line. However, there is just as much at stake for the hosts this time around, with a win putting them top of the league with four matches left.

Manchester City are heavy favourites for this match and are priced at 3/10 to win by SkyBet. Given the knockback of being knocked out the UCL and losing their quadruple dreams, all eyes will now be set on cementing the Premier League title. Winger Raheem Sterling is many fans favourite to win player of the season award with 17 goals to his name so far in the Premier League. He is 16/5 to break the deadlock this weekend.

If you fancy another goal fest, check out SkyBet’s odds of 5/2 for Manchester City to win and over 4.5 goals in the match.

Spurs are priced at a very tempting 17/2 to win after knocking City out of the UCL in the quarter finals stage. Despite losing the match 4-3, Spurs made a great account of themselves by scoring three goals at the Etihad. In Harry Kane’s absence, attacker Son Heung-Min stepped up in spectacular style with two quick goals in the first ten minutes on Wednesday. He is 14/5 to score anytime and continue his impressive form.

The referee for this match will be Michael Oliver. There were 40 booking points in their midweek clash and SkyBet are offering 1/2 for 40+ booking points this Saturday lunchtime.

Manchester City vs Tottenham will be televised on Sky Sports Premier League HD and kicks off at 12:30.

– The hosts have a huge point to prove and will have all eyes focused on winning the treble.

Odds and markets last updated on Saturday 20th April 2019 @11:43 GMT. Keep checking back to see if there’s any updates to markets – the time stamp in the previous sentence for when we update tips on this page will be updated.