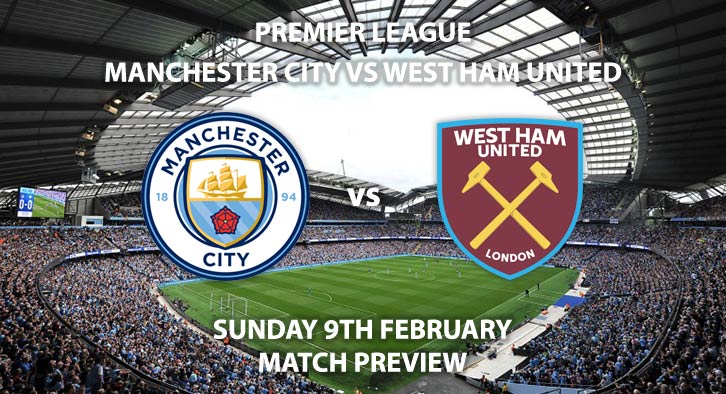 The Citizens suffered their sixth defeat this season last time out as they were beaten by 2-0 Tottenham. The loss has allowed Leicester City to gain ground on them from third position and are just two points behind Pep Guardiola’s side. Meanwhile, the Hammers find themselves in the relegation zone after an awful run of results that has seen them without a win in five matches.

Manchester City are heavy favourites for this topflight bout and are priced at 1/9 to win this match by SkyBet. Guardiola’s side seem to have come to terms with the fact they cannot chase Liverpool anymore in the title race but have their own battle for second with Leicester. When they’re on it, they’re incredible but they have tendencies to fall asleep and concede sloppy goals.

Sergio Aguero has been great once again this season with 16 goals and is priced at 7/5 to open the scoring.

West Ham are priced at a huge 18/1 to win the match and pull off one of the shocks of the season at the Etihad Stadium. The Hammers are having a torrid time under David Moyes who will already be feeling the pressure after a short time in charge. They are 18th in the league and have failed to score in three of their last five league outings. City will provide a very tough test that they look unlikely to pass.

Striker Sebastian Haller has cut a frustrated figure up front but is dangerous when given the right service. He has six goals this term and is priced at 4/1 to score anytime.

The referee for this match will be Graham Scott. The official has averaged 36.2 booking points from his 12 topflight matches this season. Last time these two met, City won 5-0 and 40 booking points were brandished. SkyBet are offering 11/8 for 40+ booking points.

Manchester City vs West Ham United will be televised on Sky Sports Main Event HD and kicks off at 16:30.

– The hosts will have a point to prove against an out of sorts West Ham side.