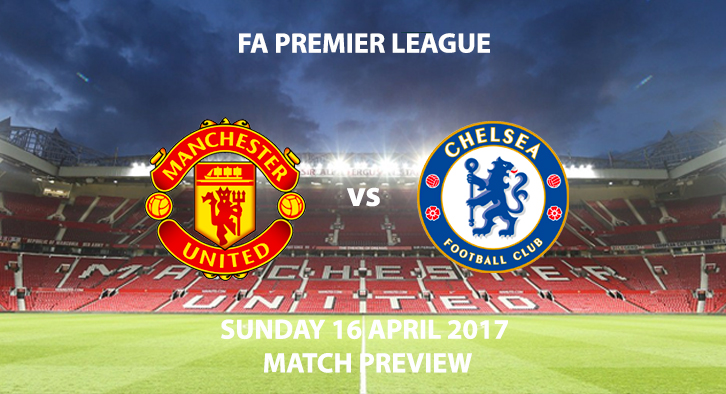 Jose Mourinho’s Manchester United search for a vital win against his former club in their chase for the Champions League against the seemingly Champions-elect Chelsea.

This season’s reverse fixture resulted in humiliation for Jose Mourinho; his first time back at Stamford Bridge since his acrimonious sacking saw his United team demolished 4-0 against Antonio Conte’s men.

It was arguably a season defining moment for Mourinho, as that was the last game they lost in the league – a massive 21 matches ago. 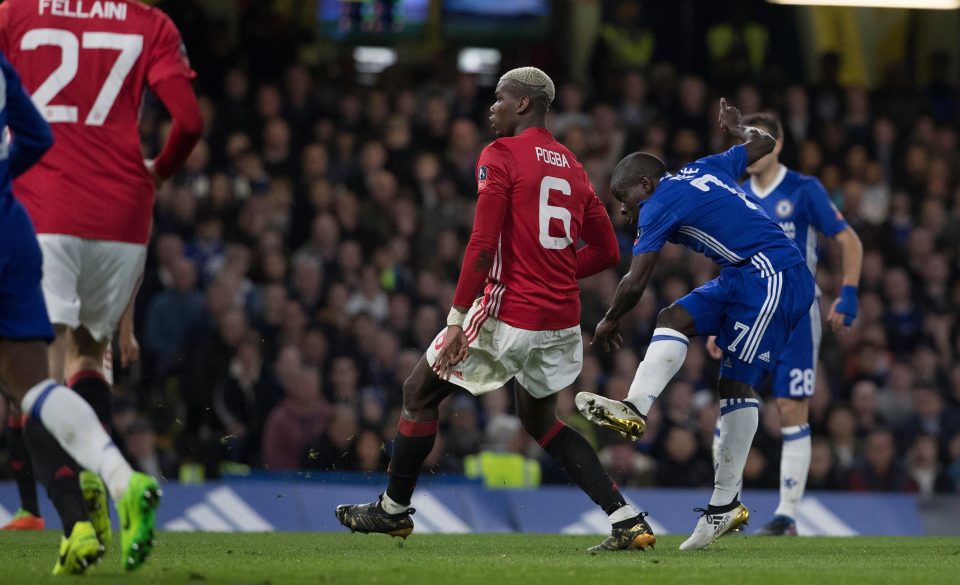 The Blues also knocked United out of the FA Cup, a tense 1-0 victory in March saw Chelsea through to the semi-finals.

However, United are still in 5th position, four points away from Manchester City in 4th and their season has been a difficult one. Third in the table on away form; it is at the Theatre of Dreams where the problems have arisen. The Red Devils have amassed a staggering 15 draws this campaign, with astonishingly 12 of those draws coming at Old Trafford.

Scoring goals has also been an issue with Zlatan Ibrahimovic providing the only real goal threat and Mourinho brandishing the attack ‘sloppy’ after the 1-1 draw away to Anderlecht in the Europa League on Thursday.

It has been a completely different story for Chelsea, who since losing 3-0 at Arsenal have been completely dominant in the league.

The front 3 of Eden Hazard, Diego Costa and Pedro have been exceptional, clinically dispatching teams as soon as the opportunity arises and scoring 38 between them. Along with the brilliantly organised defence – Victor Moses and new signing David Luiz especially improved – Chelsea only have Spurs to compete with as they race over the finish line for the title.

Captain and record goal-scorer Wayne Rooney missed out against Anderlecht and looks set to miss this match too. Ashley Young is also struggling for match fitness.

Phil Jones, Chris Smalling and Juan Mata are all still out with long-term injuries. 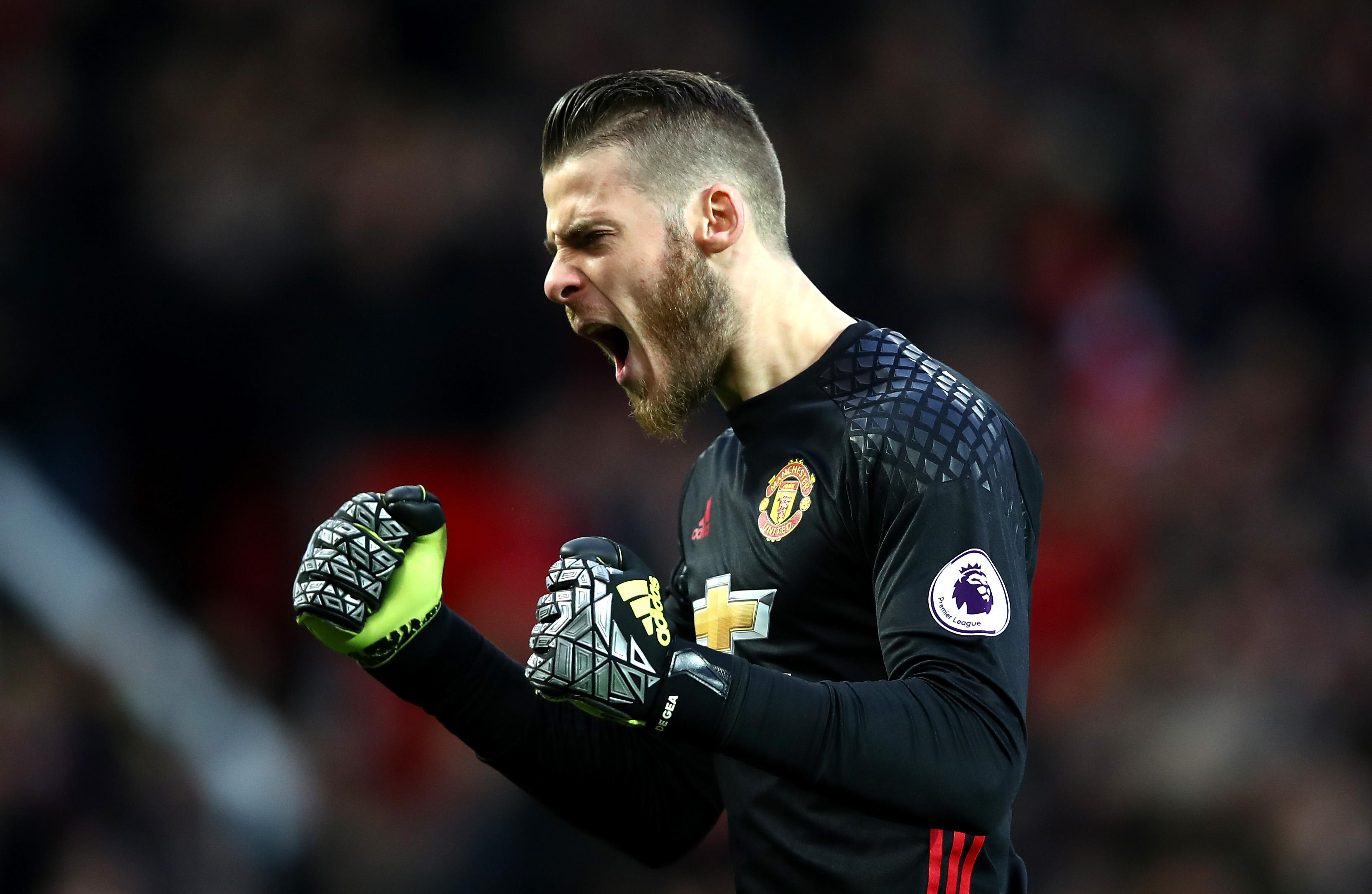 David De Gea has missed the last two matches with a small problem but is expected to come back into the starting line-up on Sunday.

Chelsea have a full squad to select from which has been a marker of their consistency this season. 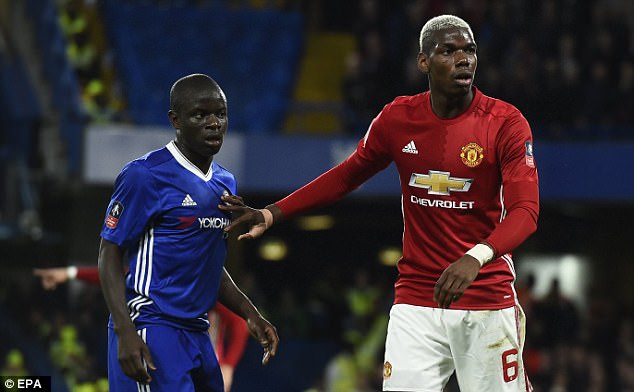 Paul Pogba has had his fair share of critics this season, but there is no denying he is an incredible talent.

His return of 4 goals and 3 assists may not be ground-breaking but his all-around game has been excellent. Only Jordan Henderson has completed more passes than the Frenchman in the league and no one has completed more forward passes.

Also, the 50 key passes Pogba has created are more than players such as Phillipe Coutinho,  Sadio Mane,  and PFA Young Player of the Year shoe-in Dele Alli. Pogba has hit the woodwork a hugely frustrating 6 times – the second highest in the league. There is obviously a lot more to come from Pogba but if those efforts had rebounded of the frame and gone in it might be a different story in terms the perception of his performance.

Chelsea’s French central midfielder on the other hand, has been garnering all of the plaudits. N’Golo Kante has been an irrepressible force for The Blues, insatiably dislodging the opposition of the ball and effectively distributing it to create attacks. Kante has scored 2 goals in all competitions this campaign and they have both come against Manchester United.

Kante is a massive 1/8 odds-on favourite to win the PFA Player of the Year – illustrating his devastating influence again this season..