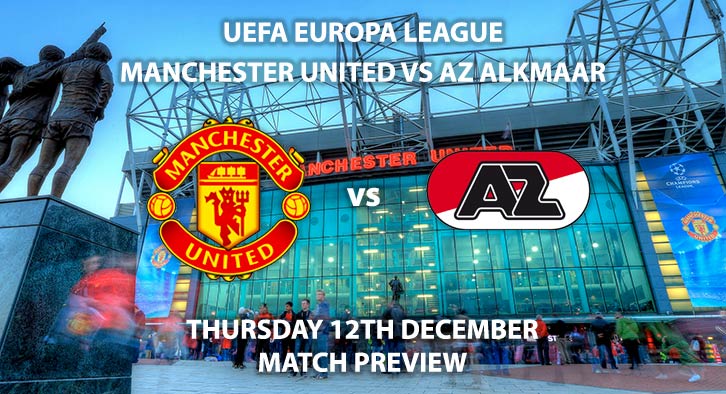 Ole Gunnar Solskjaer’s side have really impressed in the past week, with wins over Tottenham and Manchester City in the Premier League. The Reds have already secured qualification to the knockout rounds. AZ Alkmaar are also confirmed into the next round but can finish with a flourish at the top of Group L with a win on Thursday.

Manchester United are priced at 17/20 to win the match by SkyBet and top the group. The Red Devils are starting to find some form with two huge scalps in the Premier League in recent weeks. They are devastating on the break with attacking options of Anthony Martial, Daniel James, Mason Greenwood and, of course, Marcus Rashford.

The latter has had his best season to date so far this season and if he does play, he is priced at 11/10 to score anytime.

AZ Alkmaar are priced at 3/1 to win the match away from home and make it ten matches unbeaten in all competitions. The Dutch outfit are flying high domestically and are second in Eredivisie. Their previous eight victories have all been to nil – an incredible achievement to show such resilience in defence. Going forward, Oussama Idrissi has been electric this season with nine league goals and two in the Europa League. He is priced at 14/5 to score anytime.

The referee for this match will be Swiss Sandro Scharer. When these two last met earlier in the group, it was a very dull 0-0 draw that saw just one card in the 90th minute. With both sides already through, the result it not the be all and end all – so don’t expect loads of booking points.

– The hosts are in great form with their attack in full flow. They will be too much to handle for the Dutch side.