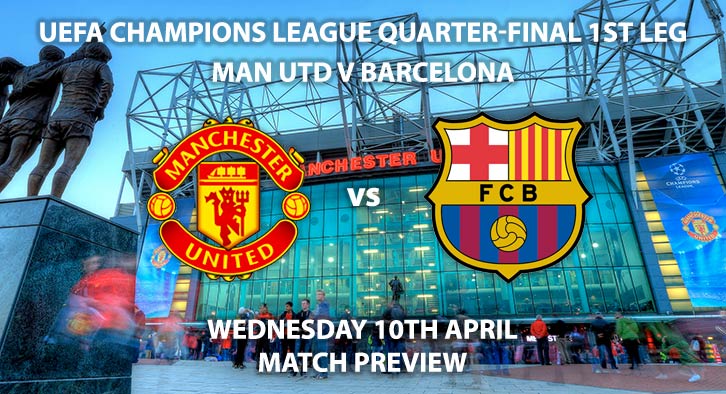 The Red Devils will be looking to return to winning ways after suffering back-to-back defeats under Ole Gunnar Solskjaer for the first time. United were undone by Wolves last time out, as they battled back to win ten men, as Ashley Young saw red. The skipper will still be available for this game, but Solskjaer couldn’t have wished for tough opponents. United are unbeaten in their last four games, with Paris Saint-Germain the only side to win at Old Trafford since the Norwegian took charge. They will also take comfort from their performance against PSG in Paris, which saw them edge through in the most dramatic of circumstances. Against Barcelona, they will have to be patient, as they were on that night, and focus on hitting Pique and co on the counter-attack.

Barcelona head into this contest as huge favourites and are unbeaten in their last 19 league games, which has seen them establish an 11-point lead at the top of La Liga. To make matters worse, Lionel Messi and Luis Suarez have been back to their brilliant best lately. The Argentine magician has 10 goals in his last seven matches, whilst Suarez has notched seven times in his last nine appearances. Throw into the mix Phillipe Coutinho and Ousmane Dembele’s exquisite talents and it seems like a near-impossible task. However, United can take comfort from the fact the Catalan giants failed to beat Tottenham in their last meeting during this season’s group stages, although they were safely through by that stage.

Although United are much improved under Solskjaer, this match may just prove a test too far for them. They are capable of frustrating Barcelona, but I think Messi’s clash may be too much for them to handle.

Manchester United vs Barcelona will be televised live in the UK on BT Sport 2 with kick off at 20:00 GMT.

Odds and markets last updated on Wednesday 10th April 2019 @14:42 GMT. Keep checking back to see if there’s any updates to markets – the time stamp in the previous sentence for when we update tips on this page will be updated.