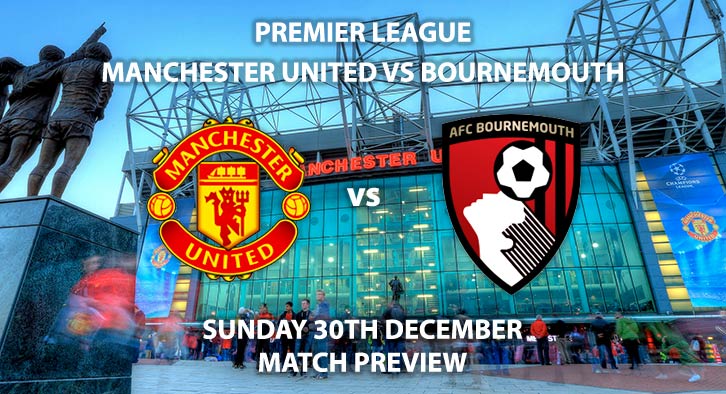 Man Utd vs Bournemouth: Ole Gunnar Solskjaer will be looking for his third-straight win as caretaker boss of Manchester United when they host Eddie Howe’s Bournemouth at Old Trafford. The Norwegian boss claimed three points during his homecoming on boxing day as they beat Huddersfield Town 3-1.

Paul Pogba stole the headlines with a well-taken brace as the Frenchman put in a man-of-the-match display. His second goal, in particular, reminded everyone of his fantastic ability as he fired the ball into the corner from almost 30 yards. There is no doubt that Jose Mourinho’s feud with Pogba, and Martial, played a role in his dismissal. Pogba is a huge player for Manchester United and it’s vital they get him playing consistently.

Solskjaer already seems to be getting more from him, which can only benefit the club long-term. They are in sixth, at the moment, eight points behind fourth-placed Chelsea. Whilst that is still a hefty gap, there is still a small chance they could end the season in the top four. Despite their improved performances, United still look vulnerable defensively. Phil Jones and Victor Lindelof seem to be the new first-choice pairing, which is an interesting blend. I’ve always rated Jones as a defender, but his poor injury record has hampered his career to date. It will be interesting to see how those two perform for the remainder of the campaign and whether they can improve United’s poor defensive record.

Bournemouth were hit for five on boxing day as they went down 5-0 to Tottenham Hotspur. Howe’s men were swept away by Mauricio Pochettino’s side and will be looking to respond against the Red Devils. It means the Cherries have only recorded one win in their last five games, conceding 12 goals in the process. Although Bournemouth’s season won’t be defined against the top six, they could do with getting back to basics. They sit in 11th, two points behind seventh-placed Leicester City.

That means they have a very realistic chance of earning a European place, which would be a spectacular achievement. Lee Mason is the referee for this game.

The Englishman has taken charge of nine top-flight matches this season. In that time, he has accumulated an average booking points total of 35.6. As a result, I would recommend a maximum of 50+ points for this game.

Manchester United look revitalised – for now – and therefore it will suit them, coming up against a leaky Bournemouth backline. Therefore, I think we’ll see them run out comfortable winners, as they bid to close the gap on the top four.

Odds and markets last updated on Sunday 30th December @10:24 GMT. Keep checking back to see if there’s any updates to markets – the time stamp in the previous sentence for when we update tips on this page will be updated.