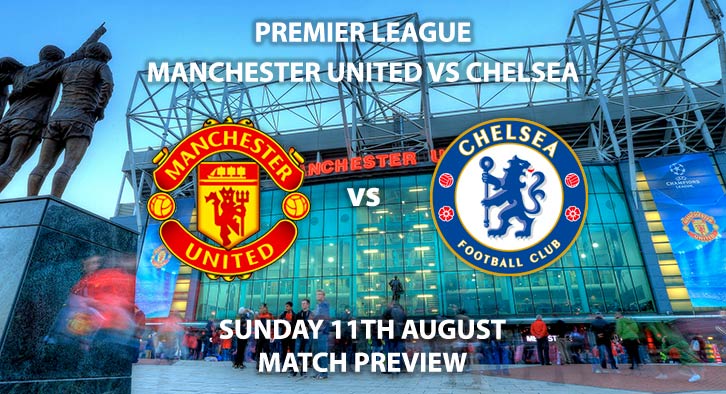 Frank Lampard will make his Chelsea managerial debut at Old Trafford as they look to get off to the perfect start against Manchester United.

The Red Devils will be hoping to build on last season’s sixth-place finish but will be without the services of Romelu Lukaku after he moved to Inter Milan. Marcus Rashford and Anthony Martial will lead the line this season in the Belgian’s absence.

Daniel James, Aaron Wan-Bissaka and Harry Maguire should all make their debut for Ole Gunnar Solskjaer’s side on Sunday. United’s world-record defender needs to hit the ground running at Old Trafford after the club splashed out £80m to bring him to Manchester. The Englishman will line-up alongside Victor Lindelof and hope to make a strong partnership for years to come with the Swedish defender.

James has made quite the impression during pre-season and has featured in every single one of their games. His link-up with Wan-Bissaka down the right has been impressive, with his raw pace and natural width offering United a different threat to the likes of Jesse Lingard, Martial and Alexis Sanchez.

Solskjaer struggled at the back end of last season after being appointed as the permanent manager and he will need a quick start to prove any doubters wrong. He’s had a full summer to implement his style and philosophy on the group, so expect them to try and press high and attack at pace.

Chelsea have a very new look about them under Lampard. David Luiz and Eden Hazard have both left. Christian Pulisic and Matteo Kovacic are their only additions, due to their transfer ban. Lampard will give youth a chance this season, so expect to see Kurt Zouma, Andreas Christiansen and Tammy Abraham all start at Old Trafford.

Upfront is the Blues’ weakest area, with Olivier Giroud and Michy Batshuayi the only competition for Abraham. The future is looking bright, though, with Mason Mount and Callum Hudson-Odoi expected to play major roles in their team this time around. The question will be who will step up to the plate to fill Hazard’s shoes.

Lampard will automatically command respect from his player but it will be interesting to see how they shape up. He favoured a 4-3-3 at Derby County or even a midfield diamond, but Chelsea have mainly operated in a 4-2-3-1 system in pre-season. That should give Ross Barkley license to create, with N’Golo Kante sat next to Jorginho behind him.

Both teams are going through transitional periods but I’m not sold on Chelsea’s striking options. That could give United the edge, in my view.

Manchester United vs Chelsea will be televised live in the UK on Sky Sports Premier League with kick off at 16:30 BST.