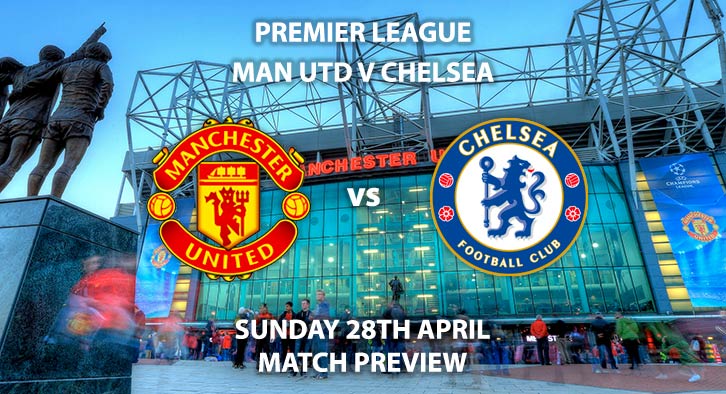 It’s been a difficult few days for Ole Gunnar Solskjaer. United’s 4-0 trouncing at Everton was then worsened by a 2-0 home defeat to Manchester City. The Red Devils were outclassed in their own back yard on Wednesday night, with David de Gea making two high-profile errors in the process. Seven defeats in nine games is a shocking run, which has seriously damaged United’s hopes of a top-four finish. Surprisingly, they still have some hopes of rectifying the situation but this game is a must win. Solskjaer’s side are three points behind the Blues, who occupy fourth place, with three games to go. A win would move the two teams level on points, although Arsenal would have the chance to move two points ahead, with only a couple of fixtures remaining.

Chelsea threw away the opportunity to lay their claim for fourth place on Monday night. After watching Tottenham, Arsenal and Manchester United lose over the weekend, Maurizio Sarri’s side drew 2-2 with Burnley in fitting style. That means they sit fourth, with three to play but it is still all to play for. On the road, the Blues have only won two of their last five league games, which is a concerning run of form. Whilst the title race has been at its brilliant best, the closest battle in seven years, the quality of the United, Arsenal and Chelsea, all vying for fourth is lower than normal. In any other season, each side would have little chance of making fourth but from an entertainment perspective, it’s great to see the results so tight.

Martin Atkinson is the referee for this fixture. The Englishman has officiated 41 top-flight matches this season. In that time, he has accumulated an average booking points total of 32.7. Therefore, I would advise a maximum of 50+ total points for this fixture.

This match is a tough game to predict, with both sides very inconsistent. United’s confidence is on the floor after a shocking week, which could come back to haunt them. I think this one might end all square, with both sides too scared of losing.

Manchester United vs Chelsea will be televised live in the UK on Sky Sports Premier League HD with kick off at 16:30 BST.