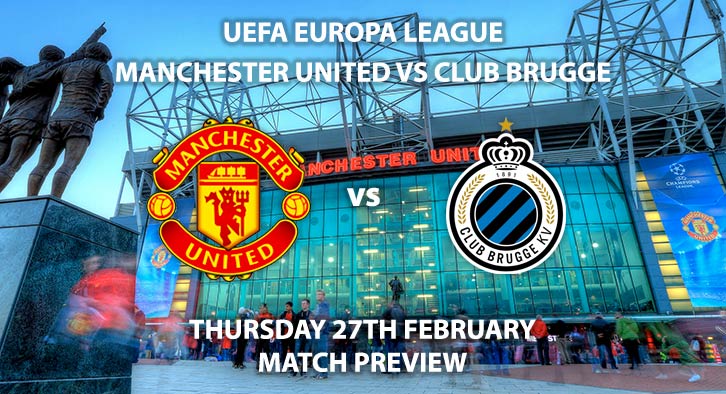 Manchester United host Club Brugge in the second leg of their Europa League round of 32 tie at Old Trafford on Thursday evening.

Both sides head into Thursday night’s encounter with nothing to separate them, following the 1-1 draw in Belgium a week ago. Some would argue it’s the Red Devils’ who have the slight advantage after scoring an away goal, but if they are to quality, they will be made to work hard by Phillipe Clement’s side.

Ole Gunnar Solskjaer’s side come into this week’s fixture on the back of a strong 3-0 victory over Watford on Sunday afternoon. Bruno Fernandes struck his first goal in his new colours the win, and teed up Anthony Martial for United’s second. The Portuguese is finding his feet in Manchester.

Brugge themselves were victorious in league action, they defeated Charleroi 1-0 at home, a win which keeps them nine-points clear of the Belgian Pro League. Brugge have lost only once in the league, winning nineteen of their twenty-seven matches this season.

Last Thursday’s clash was the third meeting between these two sides. Brugge have never beaten Manchester United, with the Red Devils winning two of the three meetings in this fixture.

United won all three group matches at Old Trafford without conceding a goal. Ole Gunnar Solskjaer’s side are priced at 11/10 on SkyBet to win to nil.

Brugge posses an incredible record away from home and are unbeaten in all competitions since the middle of November, a run which totals ten matches. Brugge are priced at 7/1 on SkyBet to win in 90 minutes.

For the first time in the Europa League’s history, VAR is being used in the latter stage of this year’s competition.

Manchester United forward Anthony Martial has scored in each of his last three appearances, including in the 1-1 stalemate in Belgium last Thursday. The Frenchman to score in 90 minutes is priced at 11/10 on SkyBet.