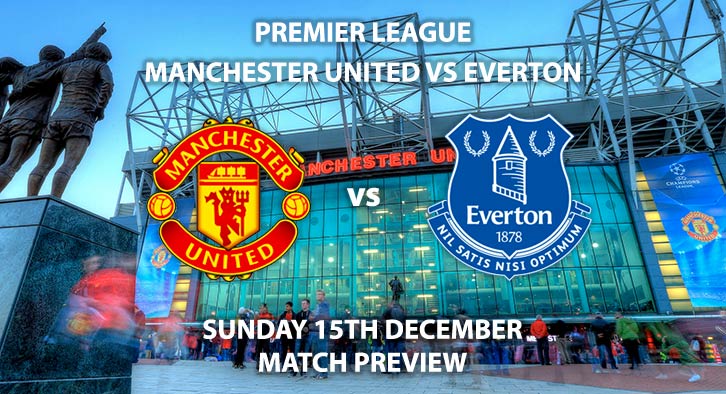 Manchester United host Everton in Premier League action this Sunday as they look to continue their rich vein of form.

The Reds are entering this match on the back of two huge scalps against Tottenham and their rivals Manchester City. Ole Gunnar Solskjaer seems to be impressing in the hot seat, for now. Meanwhile, Everton are still searching for a permanent manager and Duncan Ferguson will take charge of this one with his side deep in the bottom half of the table.

Manchester United are priced at 3/4 to win this match by SkyBet and continue to put pressure on the top four spots. The Red Devils are looking at their most dangerous in a long while under Ole Gunnar Solskjaer with three wins on the bounce, including their Europa League success. Mason Greenwood bagged a brace and illuminated, yet again, the standard in quality from youth players that they now possess.

However, it will be Marcus Rashford who should come back into the starting eleven for this match up. The striker has ten goals and four assists this season and is priced at 13/5 to score first.

Everton are priced at 7/2 to win this match and build on from their 3-1 win over Chelsea last time out. The Toffees are hoping Duncan Ferguson is the good omen they need given their current position in the table. They face a tough side in United who are in better form than them but showcased great heart and desire against Chelsea that if carries over to this match, could see they grab something.

Dominic Calvert-Lewin was on hand for a brace in their last match and has a point to prove with a new manager due at the club shortly. He is priced at 12/5 to score anytime.

– Whilst United are in form, fatigue from their midweek European match could see them come up short here.

Check out today’s other big game between Arsenal vs Manchester City which will be posted by 1PM in the tips and previews area of the website.