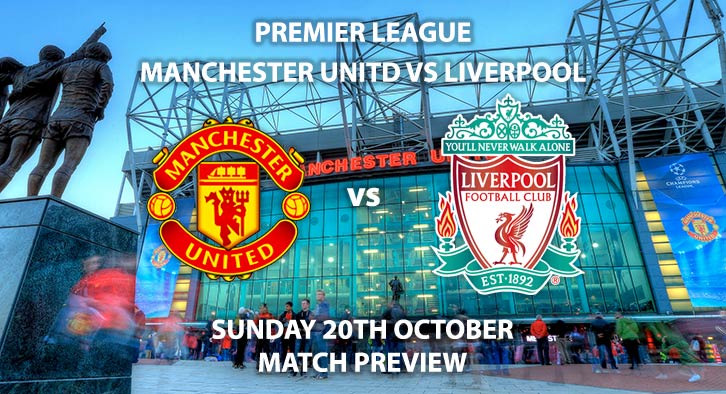 Manchester United host Premier League leaders Liverpool this Sunday in what promises to be an interesting affair.

It is no secret that Ole Gunnar Solskjær’s side are in free fall after their worst start to a league season in centuries – and they meet their historic rivals Liverpool at potentially the worst time.

Jurgen Klopp’s men are a perfect eight from eight and show no signs of slowing down. The Reds have tunnel vision as they are trying to finally claim their first ever Premier League title.

Manchester United are priced at 18/5 to win the match on SkyBet. As aforementioned, they have started their season in poor form with just two league wins from their opening eight matches. They are 12th in the table. Their previous outing was possibly their most embarrassing as they fell at the feet of Newcastle United, who beat them 1-0.

The Red Devils have kept just two clean sheets, and against Liverpool it seems almost impossible they will manage their third. If you fancy backing long odds, SkyBet are offering 14/1 for Man U to steal a surprise win and there be over 3.5 goals in the match.

Liverpool are clear favourites for this bout and are priced at 3/4 to win. With 24 points from a possible 24, 20 goals scored and just six conceded, the stats tell the story here. They don’t have any injuries to attend to which means – most importantly – Mohamed Salah, Roberto Firmino and Sadio Mane should all start in the front three.

It is the latter who has scored the most goals so far this season with five and the Senegalese international continues to impress at Anfield. Mane is 7/5 to score anytime.

The referee for this match will be Martin Atkinson. Plenty of cards are often brandished with these two meet and Atkinson has averaged 35.7 booking points this season.

The match will be televised on Sky Sports Main Event and kicks off at 16:30.