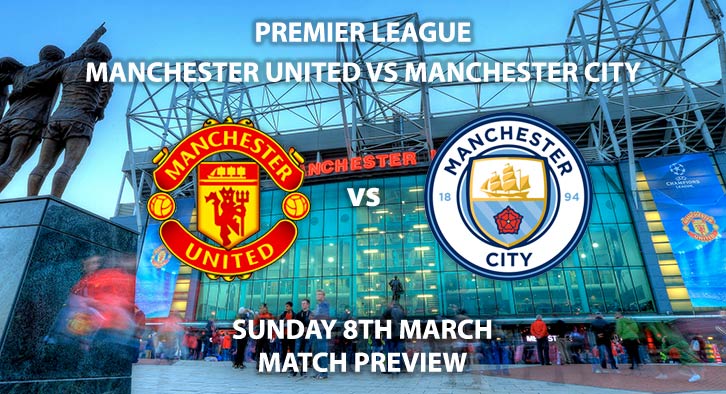 Manchester United return to Old Trafford this weekend as they host Manchester City in the Premier League on Sunday teatime.

Both Manchester clubs have displayed a good level of consistency in recent weeks, which has seen them have success in the Premier League, as well as on their European excursions. United cruised to a 6-1 aggregate win over Club Brugge in the Europe League a week ago and qualified for the Round of 16. Meanwhile City will take a 2-1 lead to the Etihad in the second leg of their Champions League tie against Real Madrid, following victory at the Santiago Bernabeu.

In the Premier League, Ole Gunnar Solskjaer’s side are unbeaten in their last four, and have risen as high as 5th where they trail 4th placed Chelsea by only three points.

Pep Guardiola’s side have distanced themselves and 3rd placed Leicester by opening up a seven-point deficit with a game in hand. City do still trail Liverpool by 22 points, and only four more wins would seal the title for Jurgen Klopp’s side.

Manchester United won the earlier meeting in the league between these sides, winning 2-1 at the Etihad. Sunday’s meeting will be the fourth time these two sides have met this season following a two-legged affair in the Carabao cup semi-final, the competition which City won a week ago with a 2-1 win over Aston Villa. United have won two of the three meetings this season between the two, both at the Etihad.

A win on Sunday for United would seal a Premier League double over their Manchester rivals, something they haven’t done since 2009.

Mike Dean is the man in this middle for this one, and has been one of the harsher match officials this season, averaging just under five yellow cards per game in the Premier League. Dean took charge of the Carabao Cup semi-final first leg at Old Trafford between these two where he awarded five yellow cards in City’s 3-1 win.

Manchester United vs Manchester City will be televised live in the UK on Sky Sports Premier Main Event HD with kick off at 16:30 GMT.