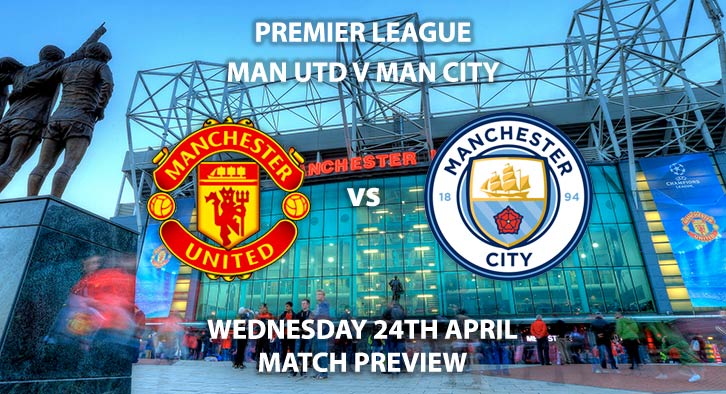 The champions will finally play their game in hand against their nearest enemy. Three points are a must for Pep Guardiola’s side to ensure they return to the league’s summit with only three games to play. City weren’t at their best on Saturday against Tottenham but came out 1-0 winners. That was an important win for the men in blue after their disappointment in the Champions League. With their fate in their own hands, this Manchester derby has so much importance if they’re to retain their crown.

With Kevin De Bruyne likely to miss the remainder of the season, it will be interesting to see if Guardiola sticks with Phil Foden in midfield, or opts for a more senior player. The Englishman scored his first Premier League goal against Spurs and didn’t look out of places amongst City’s other superstars. Fernandinho and Leroy Sane will both also be eying a starting birth, which could see Bernardo Silva move inside to accommodate the German.

Manchester United will be licking their wounds after getting hammered at Goodison Park. It was an embarrassing day the Red Devils as Everton ran out 4-0 winners. Several members of the squad are playing for their futures at Old Trafford, with a much-needed overhaul set to take place in the summer. Ole Gunnar Solskjaer will use games like this to determine who is worthy of a place in his squad and who is out of their depth. Given the nature of Sunday’s defeat, there is no doubt United will do everything to try and restore pride against their noisy neighbours. Any talk of them taking it easy to prevent Liverpool winning the league is nonsensical and something Solskjaer won’t stand for.

Andre Marriner is the referee for this fixture. The Englishman has officiated 37 top-flight matches this season. In that time, he has accumulated an average booking points total of 30.9. Therefore, I would advise a maximum of 50+ total points for this fixture.

City have to win this game to keep the pressure up on Liverpool. Neither side are blinking in the most dramatic title race in seven years, making every fixture a must win. United will be embarrassed after Sunday’s showing and will want to make amends. I think City’s better quality sees them edge this game but it should be a relatively tight affair.

Manchester United vs Manchester City will be televised live in the UK on Sky Sports Main Event with kick off at 20:00 BST.

Odds and markets last updated on Wednesday 24th April 2019 @19:10 GMT. Keep checking back to see if there’s any updates to markets – the time stamp in the previous sentence for when we update tips on this page will be updated.